A 5.0 earthquake shook the province of Guanacaste at 11:19pm Sunday night. The quake, termed “mild” by experts, was also felt in many parts of the Central Valley. 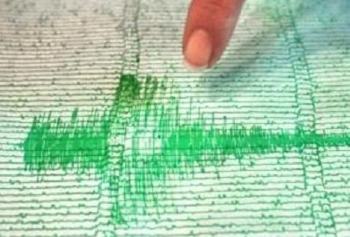 According to a preliminary report by the Observatorio Vulcanológico y Sismológico de Costa Rica (OVSICORI), the quake’s epicentre was located 2 kilometres west of Pargos de Santa Cruz, Guanacaste and at a depth of 5 kilometres.

Areas like Playa Grande, Santa Cruz, Tamarindo and Brasilito were hardest hit. In San José, reports of the quake were posted on the social media from areas like Corondao, Hatillo, La Sabana, Escazú and Cartago, among others.

Earlier Sunday, at 5:56pm the OVSICORI recorded a 3.6 quake, also in the province of Guanacaste, with an epicentre some 38 kilometres southwest of Manzaninoo de Santa Cruz.

In both cases, there were no reports of property damage or personal injury.

QCOSTARICA - The value of Costa Rica exports increased by 23% in the first five months of the year, being the highest growth in...
Banking