La Sele, Costa Rica’s men’s national soccer team, is headed to the United States to play a friendly with Japan, two weeks before the start of the World Cup 2014 in Brazil. 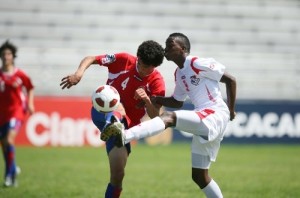 The game will be played on June 2 in Florida, according to the Fedefut – Federación Costarricense de Futból – Costa Rica’s national soccer federation.

Roberto Li, president of the Fedefut told La Nacion that La Sele has two games planned before headed to Brazil, both to be played in the US.

One of the games is expected to be played in Denver, Colorado in the last week of May. The last time La Sele played in Colorado, it was in a blizzard, losing to the U.S. national team. That game resulted in a major controversy in the soccer world. But in May, La Sele shouldn’t have to worry about snow. Or maybe?

The last time Costa Rica played Japan was in 2002 ahed of the World Cup. The game resulted in a 1-1 tie.

Costa Rica opens the World Cup in Brazil with their first game against Uruguay on June 14. The Ticos, in the first round play, will face powerhouses England and Italy.

The first and last time La Sele played in the World Cup was in 2006, losing all three games and eliminated in the first round.