After a drop during the month of July, the contagion rate in Costa Rica begins to oscillate slightly above 1.

After a drop during the month of July, the contagion rate in Costa Rica begins to oscillate slightly above 1.

(QCOSTARICA) After showing “an encouraging downward trend”, the contagion rate of COVID-19 in Costa Rica slowed its decline and currently oscillates slightly above 1. This means that for each patient there are 1.1 more on average.

This is shown by the most recent analysis of the Central American Population Center (CCP) of the University of Costa Rica (UCR), which independently monitors the country’s contagion rate.

According to the research center, the contagion rate is currently “oscillating” slightly above 1. For cases to start falling, it has to fall below 1.

“It is imperative that to regain traceability the country resume the downward trend achieved in July. But this will hardly happen in the next 30 days,” says the publication.

This indicator shows how many people each infected with COVID-19 infects on average while it is an active case. For example, a high rate would be 2, since for each patient there would be two more infected: an exponential increase.

If this rate begins to be less than 1 (each infected person avoids infecting another new person), the cases will begin to decrease over time, and “the epidemic is on the way to extinction”. This, however, would occur with a delay of weeks. 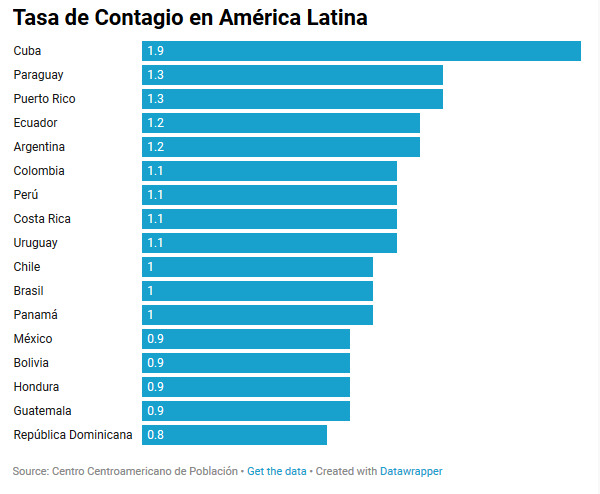 At the end of June, Costa Rica reached the second-highest contagion rate in Latin America, when it reached 1.97. This caused an accelerated spike in COVID-19 cases in July.

During July, however, the contagion rate began to fall, just after the Ministry of Health made the use of masks (mascarillas) mandatory in public spaces and subsequently applied the “hammer” (martillo). 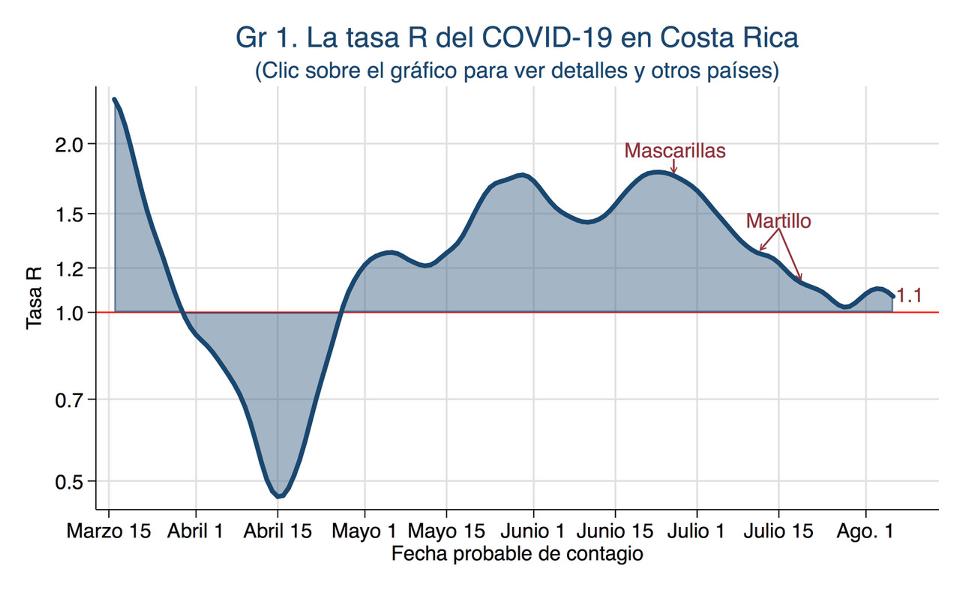 If the country were to manage to drop the rate to 0.7, there would be around 390 new cases by the end of August, according to the CCP. This, however, “will hardly happen” during August, since the economic opening will be allowed during the last 10 days of the month.

In the future, the CCP estimates that, if everything remains the same, by the end of August there would be a thousand new cases per day of COVID-19. 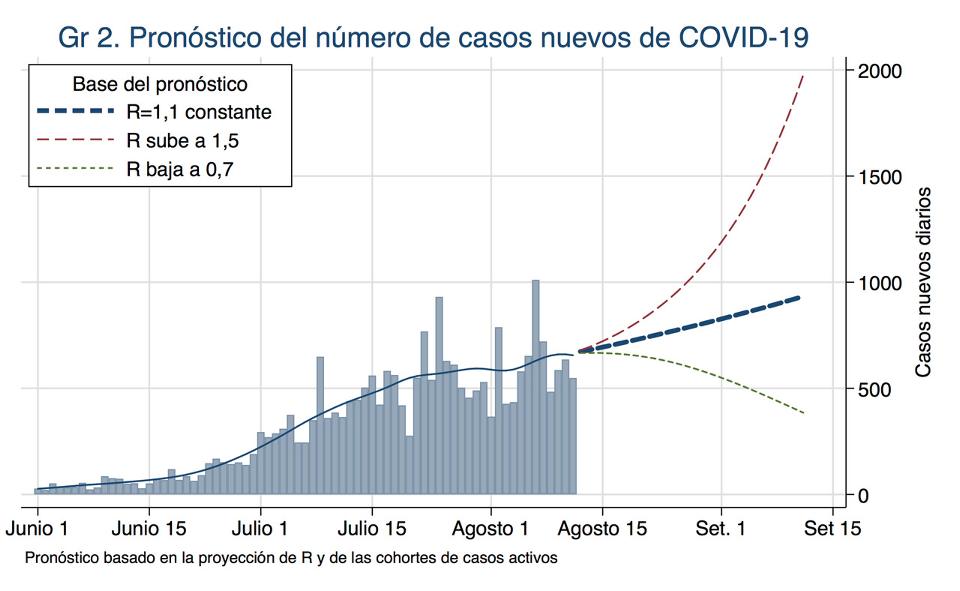 “This number is higher than the current average and could exceed the hospital care capacity of the CCSS and would make it impossible to recover traceability with adequate tracking-testing,” says the research center.

In the worst-case scenario, the contagion rate would return to 1.5 and this would cause an exponential increase in cases; that is to say, the collapse of the hospitals. In the best of cases, the rate drops to 0.7 and, by September 11, there would be 390 new cases

In the first, however, a “reversal” was identified in the mobility of Costa Ricans, according to data extracted from Google.

In July, Costa Rica had 43% social interaction, but now it has risen to 58%, the same as it had in February (before the pandemic).