Argentina and Mexico will produce the AstraZeneca COVID-19 vaccine for most of Latin America; Carlos Slim Foundation to support the distribution

(AFP) Assuming it passes successfully through the Phase 3 trials it is currently undergoing, a Covid-19 vaccine developed by the University of Oxford in the U.K. and licensed to the pharmaceutical company AstraZeneca in Mexico will allow its availability in Latin America, thanks to a deal between the pharmaceutical and the Carlos Slim Foundation. 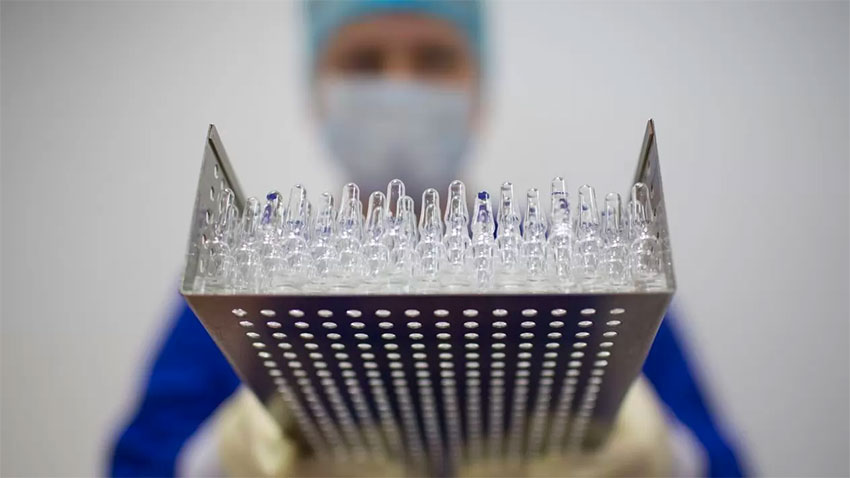 Mexico’s role will be to package the 150 million to 250 million doses of the vaccine to be distributed in the region. AstraZeneca already has facilities in Argentina.

According to Argentine President Alberto Fernández, who announced the deal Thursday (August 13), the agreement will assure Latin American access to the vaccine as soon as it becomes publicly available, possibly in the first six months of 2021.

“What this agreement makes possible is that Latin America, and particularly Argentina, will be able to have access to the vaccine six to 12 months before we would have had access to it had we not been able to make this agreement,” said Fernández.

Fernández said the vaccines will be distributed fairly between the Latin American countries that request it. “AstraZeneca has promised that the vaccine will be affordable, at more reasonable prices, between US$3 and US$4 dollars, and it does not expect to profit from it during the pandemic,” said Fernández.

“AstraZeneca recognizes the urgency of the worldwide pandemic and will work in alliance with partners for the distribution of the vaccine in an egalitarian format,” the Slim Foundation said in a press release. “AstraZeneca is working with strategic partners in Latin America, including Argentina and Mexico, taking advantage of its capacity to facilitate the early availability of the potential vaccine.”

The agreement was announced in Buenos Aires by President Alberto Fernández and later the Mexican Foreign Minister Marcelo Ebrard who said that Latin America will be able to have access to the “cutting edge vaccine” as the AstraZeneca project and the University of Oxford are one of the most solid and advanced.

The vaccine’s trials with human volunteers are currently taking place in the United Kingdom, Brazil, and South Africa and are scheduled to begin in the U.S. this month. Early clinical results have made AstraZeneca’s vaccine, which uses a weakened version of a common-cold virus, one of the leading candidates to be launched globally, with researchers reporting that it is safe and creates antibodies to the SARS-CoV-2 virus with minimal side effects. The shot is expected to provide protection for about a year, probably using a two-dose delivery system.

Latin America, except Brazil, will be able to access “at the same time that the countries develop an effective vaccine and at a price that does not include profit because it was the condition that Oxford put,” Ebrard told the Televisa network.

Elías Ayub, currently Director of Strategic Alliances of Telefonos de Mexico and CEO of the Telmex Foundation, explained that the telecommunications magnate’s foundation is already allocating financial resources to the process and that the production of the potential vaccine has already been negotiated with two laboratories, one in each country.

“Neither AstraZeneca nor Slim will have a profit in production,” Elías Ayub added, noting that the magnate’s main motivation for participating in the project is to “save lives,” followed by the need to preserve health and promote economic reactivation.

Carlos Slim is the owner of the América Móvil, is a Mexican telecommunications corporation headquartered in Mexico City, Mexico and the seventh-largest mobile network operator in terms of equity subscribers and one of the largest corporations in the world.

The Forbes places Slim 12th of the richest in the world 2020 with an estimated worth of US$52.4 billion dollars.

Mexico has agreements with other firms, such as the French Sanofi, the American Janssen Pharmaceuticals and the Chinese CanSino Biologics and Walvax Biotechnology, to participate in clinical trials of a possible vaccine.

Mexico is the third country in the world, behind the United States and Brazil, with the highest number of deaths with 55,293, while the confirmed cases total 505,751 as of August 13, 2020.

Below are the main details of AstraZeneca’s coronavirus vaccine hopeful and its supply and production deals. Source Reuters.

For most people, getting to the stars is nothing more than a dream. But on May 5, 2021, the 60th anniversary of the first...
National

QCOSTARICA - The measures announced by the Government to reduce COVID-19 infections and hospital saturation unleashed a wave of reproaches, from one sector, and...
Economy

QCOSTARICA - The Global Talent Competitiveness Index (IGCT) 2020 revealed that out of 132 countries, Costa Rica ranks 37th in human talent with a...
Health

QCOSTARICA - The country registered a new record of covid-19 infections this Wednesday, reaching 3,173 confirmed cases in a period of 24 hours. The figure...
Business

QCOSTARICA - 2020 was marked as a complex year worldwide due to the Covid-19 pandemic, however, the following are entrepreneurs who were not only...
Coronavirus

QCOSTARICA - The National Commission for Risk Prevention and Emergency Attention (CNE) has increased alerts for another 7 cantons, bringing the total to 72...
Colombia

QCOLOMBIA – Colombia has been roiled by nationwide, anti-government protests for more than two weeks, with the city of Cali emerging as the epicenter. Protesters...
Colombia

QCOLOMBIA – For the past two weeks, mass protests that started on April 28, have rocked Colombia, leaving at least 42 people dead and hundreds...