Covid-19 in Costa Rica: 134 Confirmed Cases; Health calls for rational use of water

"I have never seen the country respond with such unity before," Health Minister Salas

The number of confirmed infections of coronavirus covid-19 in Costa Rica amounted to 134, as reported on Sunday afternoon by the Ministry of Health during a virtual conference.

The number is an increase of 17 cases more than Saturday, March 21, when the figure was117 infections.

Affected are 55 women and 79 men with ages between 2 and 87 years, including 14 seniors and 7 minors, explained Daniel Salas, Minister of Health.

There are also three people in intensive care.

The Puntarenas province reported a case in Coto Brus, in the southern part of the country. The virus is now spread throughout all seven provinces, with the majority of cases in the province of San Jose.

The breakdown by cantons is in the following infograph. 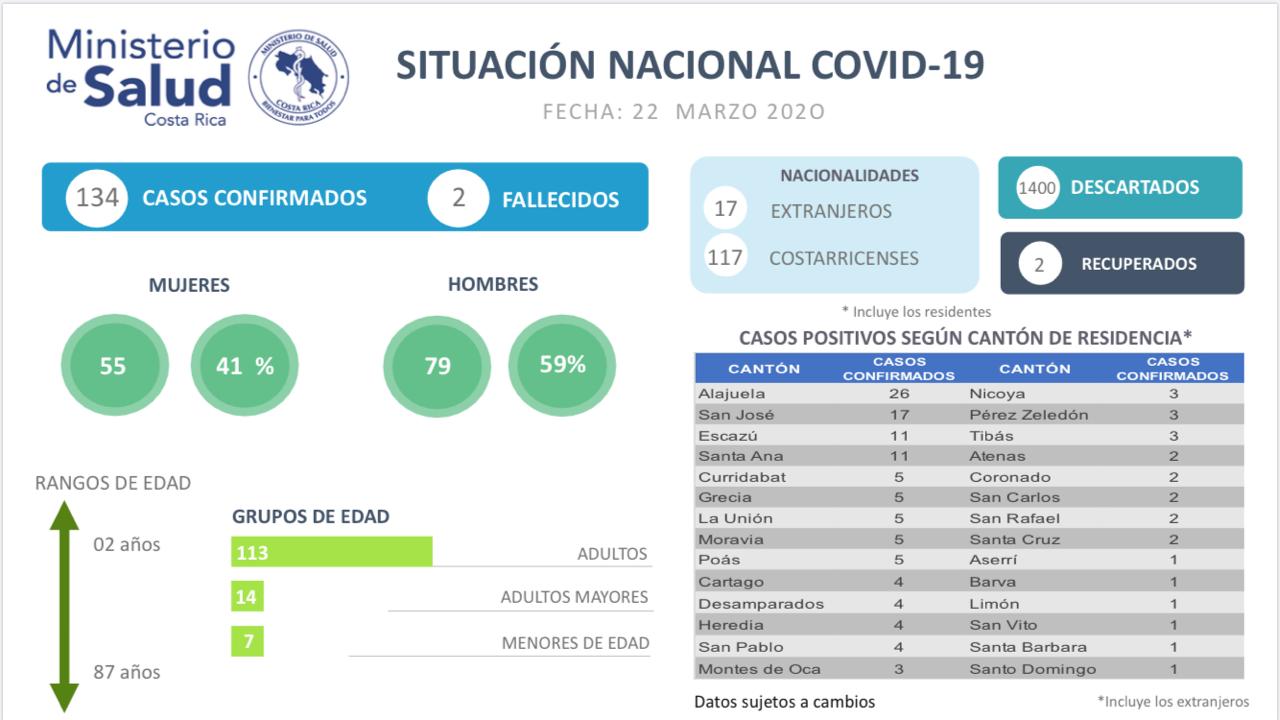 There are among the 17 new cases, are seven foreigners and 10 Costa Ricans, for a total of six contagion conglomerates in Costa Rica, explained Rodrigo Marín, director of Health Surveillance.

Health Minister Daniel Salas also asked the population for the rational in the use of water to wash hands. “Let’s not use the open jet at full pressure when washing our hands. I am seeing that the population is being responsible.”

Costa Rica is at the height of the dry season, when fresh water sources dry up.

The minister applauded the country because, he assured, “I have never seen the country respond with such unity before.”

- Advertisement -
Paying the bills
Previous articleWho Is Daniel Salas, The Man Who Tells Us To Stay Home and Wash Our Hands?
Next articleCovid-19 in Costa Rica: Confirmed cases increase to 158

QCOSTARICA - The press must have access to public...
News