COVID-19 in Costa Rica: another record,169 new cases on Thursday 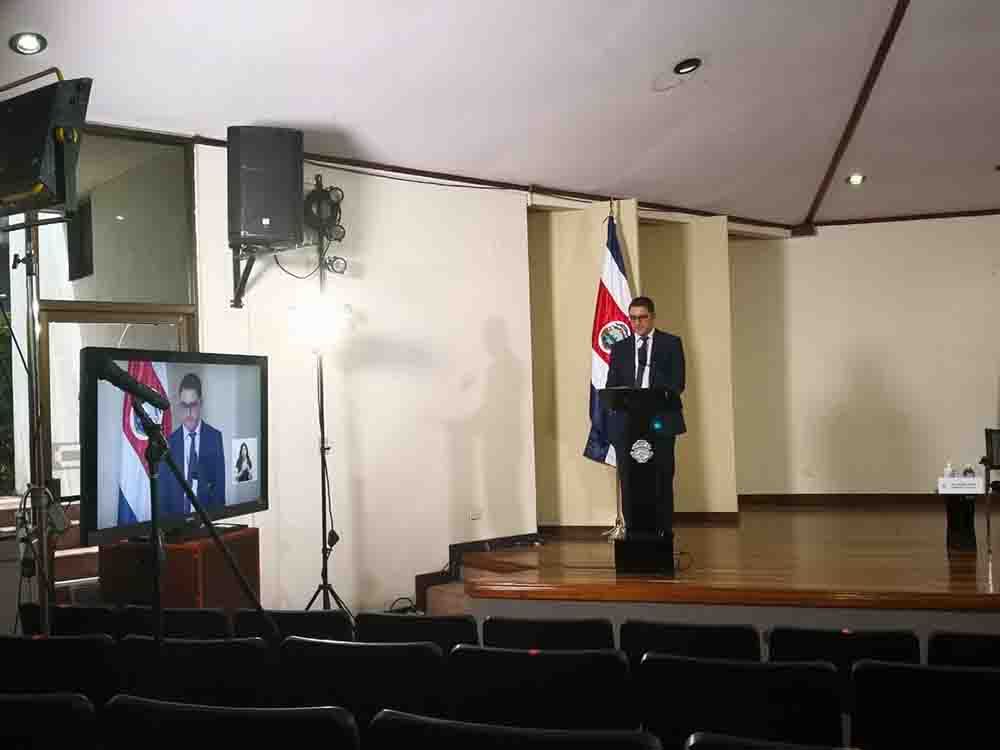 (QCOSTARICA) We have definitely left double-digit numbers behind in the daily COVID-19 case update. This Thursday, June 25, the Ministry of Health reported 169 new infections.

The data surpassed the record of 119 new cases last Friday and the 147 new cases  Wednesday; with the accumulated infections reaching 2,684 since the first case on March 6.

The virus is also now present in 79 of the 82 cantons in the country, leaving few areas without a reported case.

Despite the quick accumulation of cases in the past weeks, the good news is that hospitalizations have remained stable, in fact, this Thursday the Minister of Health, Daniel Salas, reported a drop from Wednesday 30 to today’s 29.

Although the Minister recognized that there is again an increase in new cases,  he highlighted the efforts that the country is making to face the pandemic of the new coronavirus.

In this sense, he highlighted the “good behavior” of soccer fans, after Wednesday night’s final between Saprissa and Alajuelense, giving a “thank you” where it is merited, not for him, but for each one of us.

Los Chiles, La Fortuna and some towns in Florencia de San Carlos, Peñas Blancas de San Ramón, Paquera de Puntarenas, the entire canton of Upala and Pococí are already under that category. In the Greater Metropolitan Area (GAM) are Desamparados, Alajuelita and the district of Pavas. 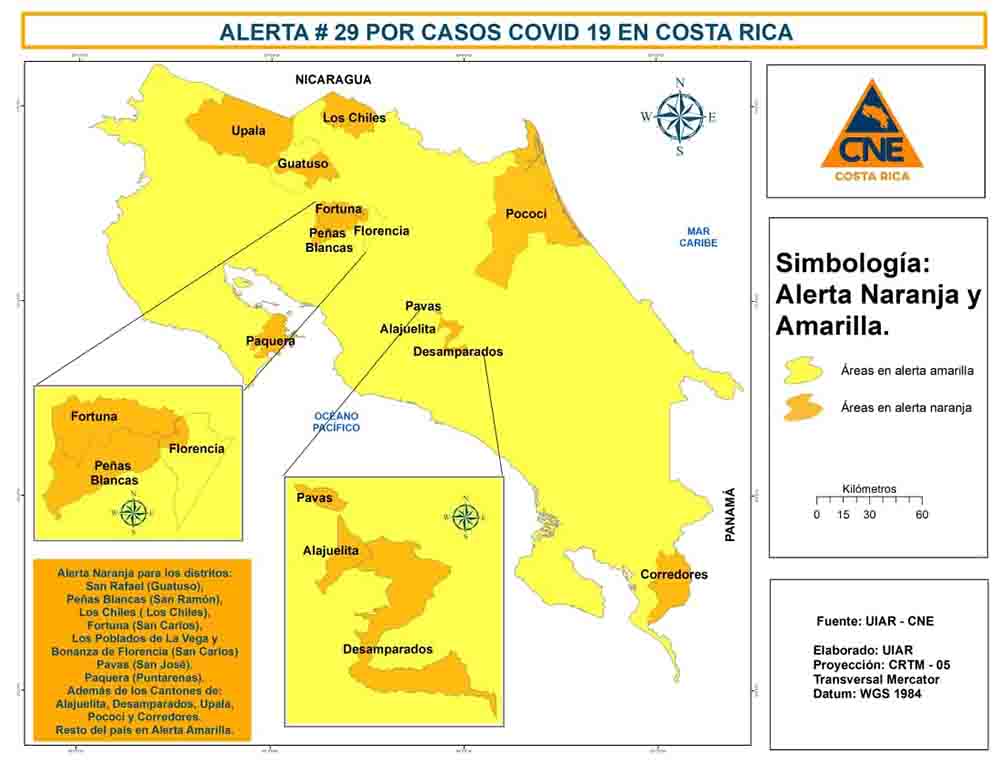 In all those locations on orange alert, the sanitary vehicle restriction ranges from 5 am to 5:00 pm, both for vehicles and for commerce.

The main concern of the health authorities is the possibility that there will be community transmission in these sites, that is, that the trail of the cases can no longer be tracked, which would cause further spread.

That suspicion motivated personnel from the Ministry of Health and the Costa Rican Social Security Fund (CCSS) to start a tracking operation on Thursday in the Pavas district, San José, where there is evidence of community transmission.

Pavas under the microscope

Pavas has neighborhoods with very different characteristics, in addition to an active commercial area.

The characteristics of the district range from home to some of Costa Rica’s most vulnerable, including living in shantytowns, to a large productive middle class, and exclusive living. In the district there also many foreign embassies located, including the U.S. Embassy.

Dr. Salas was alone on Thursday, providing the epidemiological report and fielding questions from the press.

On the question of the opening of the airports, the Minister, without giving details, answered: “It’s not just around the corner”.

The current border restrictions, unless expanded, expire on June 30. On Wednesday, President Carlos Alvarado said a firm date on the reopening of the airports to international tourists will be made known this week.

- Advertisement -
Paying the bills
Previous article“Red Alert” would mean extreme restrictions
Next article“Reopening of airports not just around the corner,” Minister of Health

Q24N (DW) The United States has announced a series...
Health