Community contagion occurs when it is no longer possible to trace the origin of virus transmission, that is, when there is no epidemiological link to identify how a person was infected. 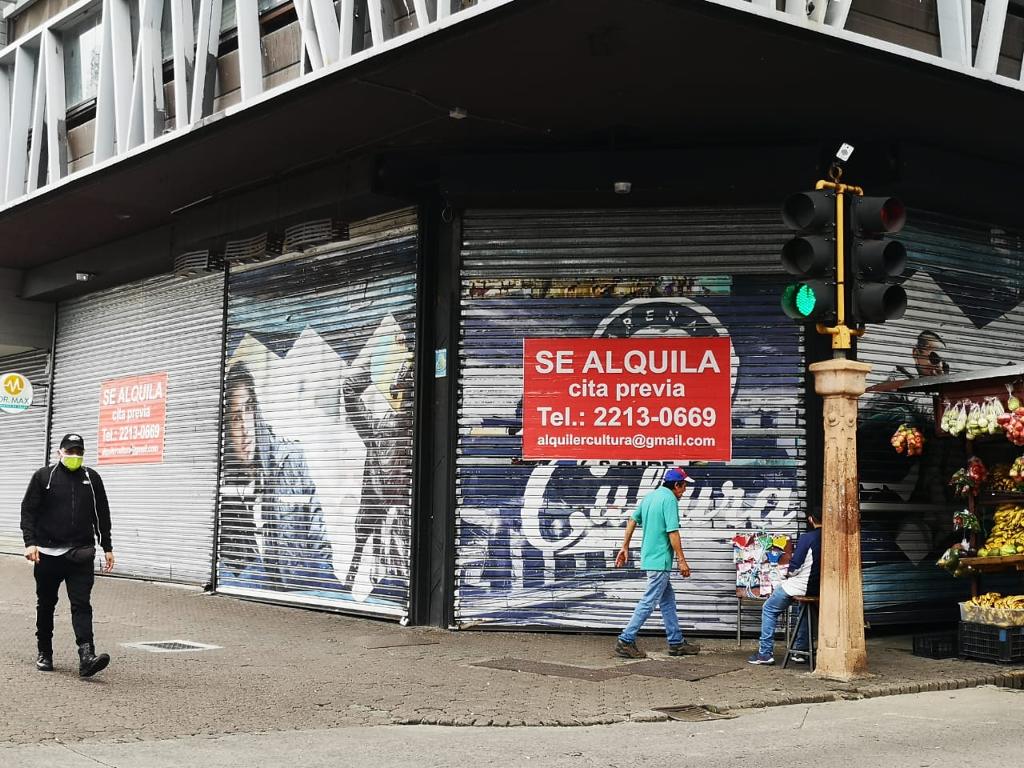 (QCOSTARICA) Costa Rica is under a “yelllow alert” for the coronavirus pandemic, which, save for the cantons and districts elevated to an “orange alert”, entails a vehicular restriction from 5:00 am to 10:00 pm weekdays and 7:00 pm weekends, limited commercial activity and continued closures for some.

While hotels have been allowed to reopen, at 50% capacity, the beaches remain open only between 5:00 am and 8:00 pm. Phase 3 is expected to start this weekend (postponed from last) that will see malls, retail stores, and restaurants, among others, also open on weekends.

If all goes well, we could learn today or tomorrow, as promised by Costa Rican President Carlos Alvarado, on Wednesday, a firm date for the reopening of the airports to international tourists, which could be as early as July 1.

Cantons and districts under the orange alert, however, have stricter restrictions, such as vehicular restrictions from 5:00 am to 5:00 pm every day, which force even greater limits on commercial activity.

The Minister of Health, Daniel Salas, has warned us over and over and over about the need to be socially responsible to contain the spread of the COVID-19, to wash our hands, maintain social distancing, stay at home unless absolutely necessary and not break the social bubble, and more, not a time to hold large parties.

On Saturday, June 27, the mandatory use of a facemask or face shields in public spaces goes into effect. Masks are to be worn indoors, such as banks and when using public transportation, among others.

Community transmission or contagion is inevitable, but the effect can be minimized, if we are careful, even though we will have a higher number of cases than what we were accustomed to in the March, April and May, the levels may exceed those of this month. Infection, though a concern, what matters is the number of people requiring hospitalization and care in an Intensive Care Unit (ICU).

Community contagion occurs when it is no longer possible to trace the origin of virus transmission, that is, when there is no epidemiological link to identify how a person was infected.

So far, the number of deaths have been low compared to other countries, a total of 12 (9 men and 3 women), the last death recorded on June 10. As of yesterday, 30 people were being cared for in hospital, five of which are in intensive care.

But, what if we lose control and the hand of authorities is forced to upgrade the alert level to “red”? What will that mean?

As Dr. Daniel Salas has explained, that if the country reaches this stage, “the level of restriction would be the maximum possible.”

What does “maximum possible” mean?

Dr. Salas has not given specifics, leaving us only to speculate what could be and what will not.

For one, I can foresee a total lockdown. Unlike some countries in the world, Costa Rica never ordered a stay at home, only recommendation. As I have written in the past, Costa Rican authorities know well the Tico mentality, and that policing and enforcing such an order would be an impossibility, so you hit hard where it can hurt the most, take away the car.

As the daily numbers prove, though there has been a reduction in traffic congestion, fewer cars on the road, most respect the vehicular restrictions, from 100 – 200 drivers are fined and have their license plates seized for violation.

The borders would be closed. Contrary to popular opinion, the land, sea, and air borders have been only restricted, banning foreigners from entering; Costa Ricans and foreigner residents (if they didn’t leave after March 24) could arrive; and everyone, anyone, could leave.

The weak link in that restriction has been the northern border, it has impeded many foreigners from entering, but not all.

Going to the supermarket will be limited to one or two days a week, based on the last digit of the cedula, residency, or passport for foreigners in the country. Pharmacies, clinics will be open, but can’t see getting a haircut, getting nails done, or getting your car serviced.

Even, the use of masks or mouth covers could be ordered in any public space, such as in Pavas, where the use is mandatory even when just going out for a walk.

I believe, if we are going to come out of this anytime soon, we have to play our part in this social responsibility, to avoid, at all costs, a red alert.

- Advertisement -
Paying the bills
Previous articleWoman arrested for inciting demonstration in Tamarindo for demanding reopening of beaches
Next articleCOVID-19 in Costa Rica: another record,169 new cases on Thursday

QCOSTARICA - This Wednesday afternoon, February 23, 2022, the Government of...
Read more

QCOSTARICA - The week will start differently for students...
Latin America