On March 18, only nationals and legal residents will be allowed to enter Costa Rica, that must submit to 14-day mandatory isolation 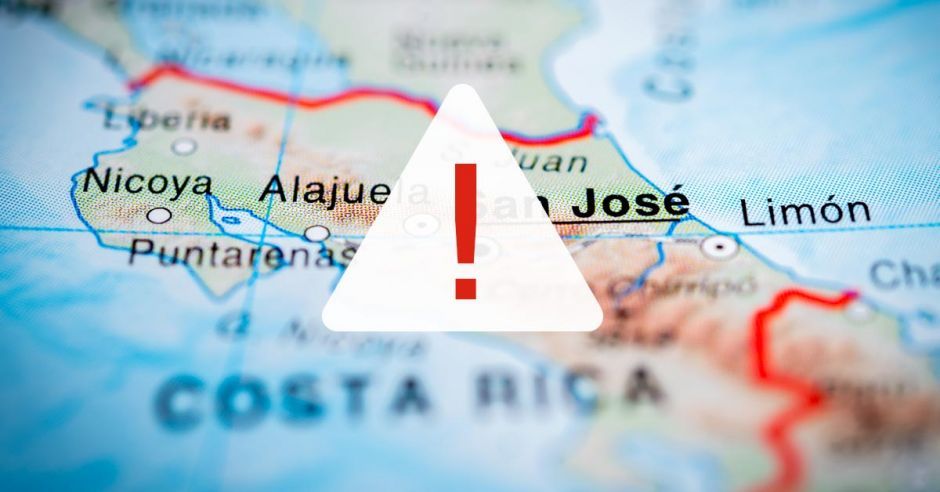 According to the latest report from the Health authorities during the Tuesday mid-day press conference, in Costa Rica, there are 50 positive cases for covid-19, nine more than on Monday. 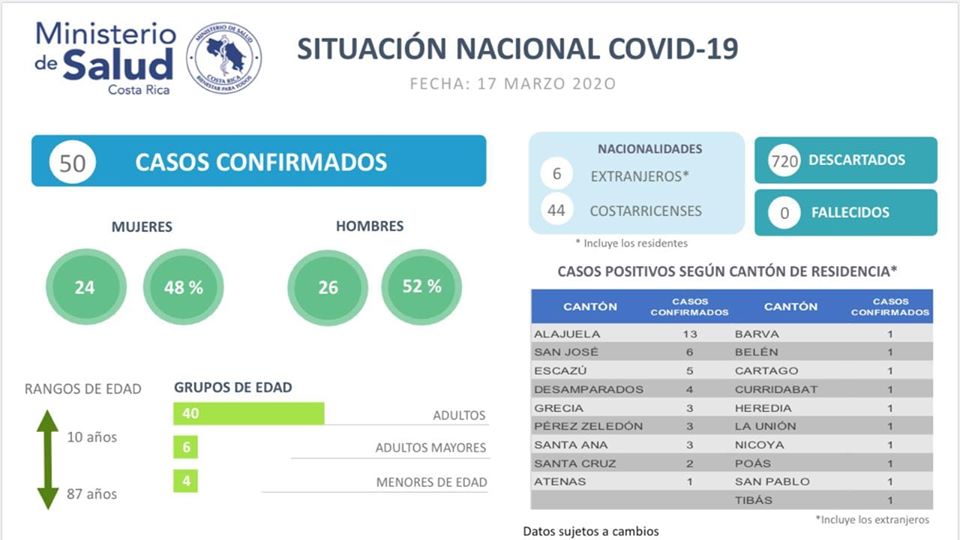 Of that number, 46 are adults and four minors. Four of them are in intensive care.

The infected are located in 19 cantons, in five provinces; the provinces of Limon nor Puntarenas have any confirmed cases.

The age range of the infected is maintained at between 10 and 87 years. There are 24 women and 26 men; 44 are Costa Rican and 6 are foreigners.

Rodrigo Marín, director of Health Surveillance, explained that 37 of the infected are associated with clusters or specific foci. He specified that twelve are imported, one that would be from Panama is being investigated.

For his part, the executive president of the Caja Costarricense de Seguro Social (CCSS) or Caja, Román Macaya, informed that starting on March 27 the use of the facilities of the National Rehabilitation Center (CENARE), a hospital located in La Uruca, to be used for covid-19 patients.

“In all hospitals, we are reprogramming the programmable, it turns out that in CENARE everything is programmable, there are no emergencies,” said Macaya.

According to Macaya, although at the moment only 8% of the 50 infected are in intensive care, it is necessary to increase the capacity of hospitalization, mainly, that phase.

The CENARE, born as an idea in 1954 when Costa Rica suffered the largest polio epidemic that affected more than 50,000 children, would be used for normal hospitalization and intermediate care, without ruling out additional complexities.

After the coronavirus emergency, Macaya said, the CENARE will return to normal operations.

With respect to the movement of people in and out of the country, the director of Immigration, Raquel Vargas, reported the decree by which entry into the national territory will be restricted is in place.

As reported on Monday, starting tomorrow, Wednesday, March 18, all foreigners will not be allowed entry into Costa Rica at all border points – airports, land and maritime – until April 12. At that time, the possibility of an extension will be analyzed.

Starting tomorrow, only Costa Ricans or legal residents can enter the country, who will have to submit to 14-day mandatory isolation, as per instructions of immigration officials. The exceptions are crews, diplomats, transport drivers of goods or merchandise and people in transit.

“It is a form with a resolution that the person must fill out indicating their place of residence, name and ID,” said Vargas.

The immigration director stressed that each person will be presented with the form and will be subject to sanctions – ie criminal charges, fines and possible imprisonment – if violated.

Incoming Ticos or residents will also be immediately approached by the Red Cross, while people in transit will be verified to have a confirmed connecting flight.

“There are flights completely canceled, the person must verify that their connection exists before traveling,” she warned.

QCOSTARICA - The Board of Pensions and Retirement of...
Indicators