Costa Rica reinforces security at the northern border with Nicaragua 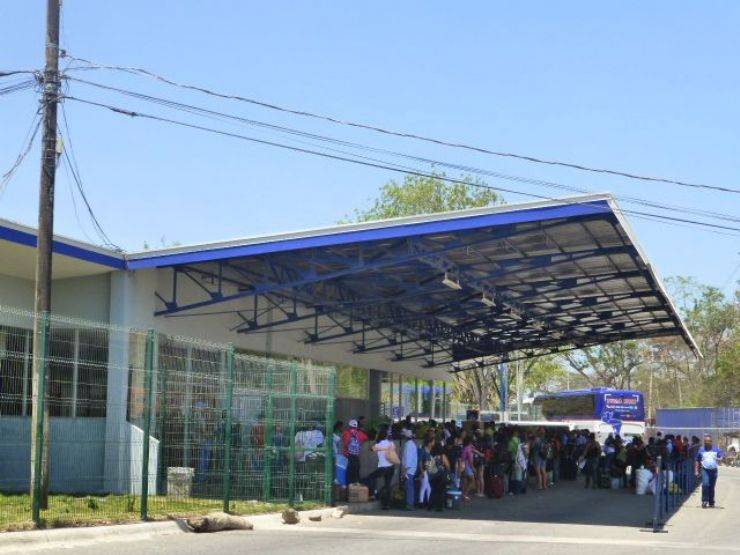 Costa Rican authorities reinforced aerial, maritime and land surveillance on the northern border with Nicaragua, to prevent the entry of non-resident foreigners from the neighboring country.

This measure is part of the actions to closed borders starting tomorrow, Wednesday, March 18, when only Costa Rican nationals and legal residents will be allowed into the country.

With the entry into force of the entry ban, we can expect greater deployment of police, both at border posts, and in the so-called blind spots on the border.  “We have decided to move an important police resource to the northern border in order to guarantee national security and protect Costa Rican public health,” said first vice-president Epsy Campbell.

The Director of Immigration, Raquel Vargas, explained that people who enter the country illegally will be detained and will be returned to the country of origin by a migratory post, in other words, deported.

“Rejection is a police action that prevents entry into the national territory for contravening an existing regulation or directive. In this case, the President of the Republic (Carlos Alvarado) informed on the prohibition of entry to foreigners for the next four weeks, “said Vargas.

The exception to the entry ban are flight crews, diplomats, transport drivers of goods or merchandise and people in transit. On the last, the person must have a confirmed flight out of Costa Rica, there is no time frame given, but assumed it would be like the first flight out.

On the other hand, nationals or legal residents will receive a health order to remain in mandatory isolation for 14 days.

According to data from the Directorate of Immigration, during the month of January 2020 alone, 78,000 people were admitted and 49,000 exits were registered at the official land border posts with Nicaragua at Peñas Blancas and Las Tablillas.

QCOSTARICA - At the stroke of midnight tonight, at...