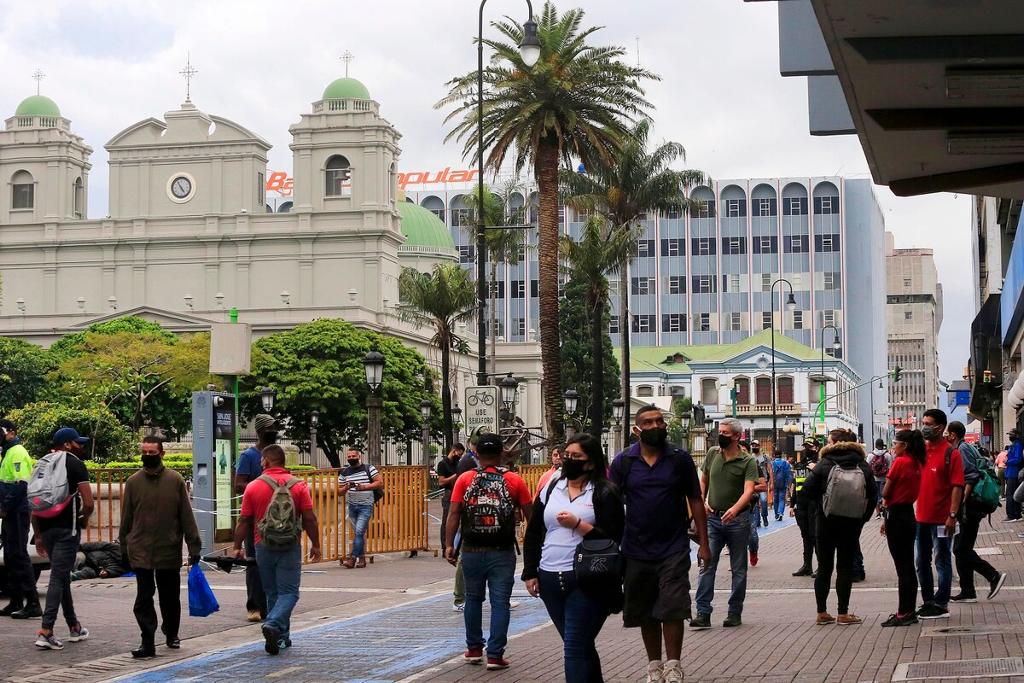 (QCOSTARICA) With 490 new cases of COVID-19 this Thursday, the cumulative total reached 17,290 cases, the Ministry of Health reported.

The figure comes two days before Costa Rica enters a new phase in the pandemic, the experiment of “open” and “closed” phase, with implications mainly for 25 cantons and five districts in orange alert.

For the first 9 days of August, in the orange alert areas, allowed to resume operations are many commercial activities, the ‘closed’, meaning strict measures for 12 days, from August 10 to 21 and ‘open’ again from August 22 to 30. 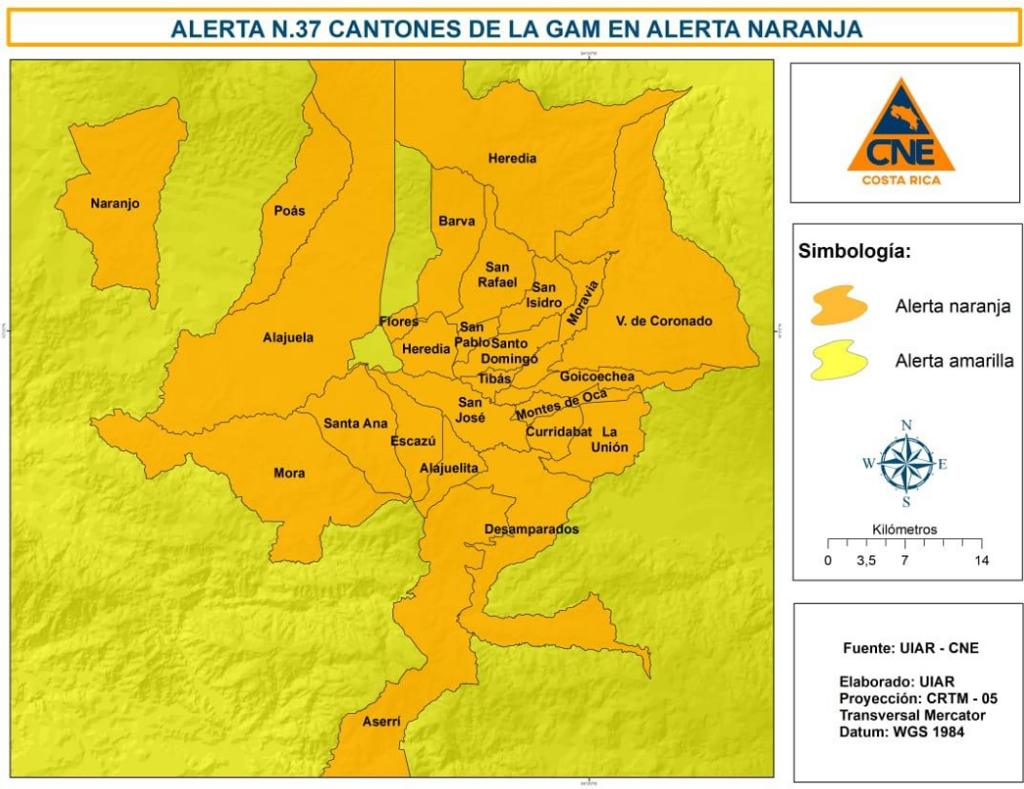 The areas in orange alert are mainly in the Greater Metropolitan Area (GAM), the province most affected is San Jose, while most of the country, in particular the coastal areas, is under a yellow alert. 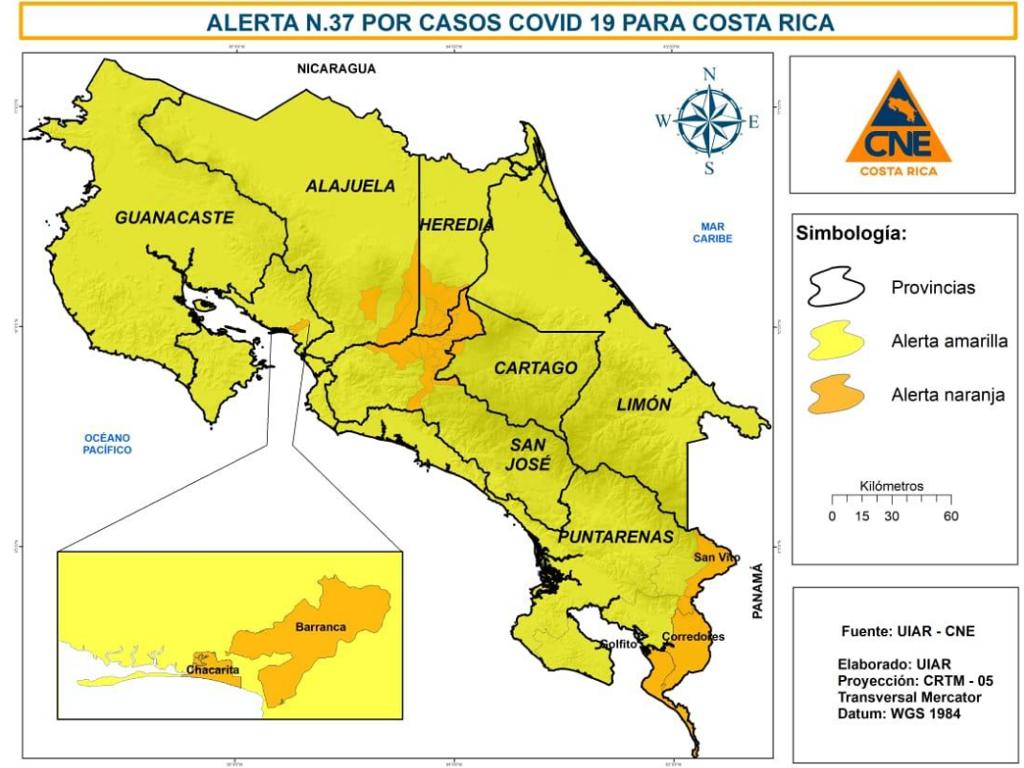 Precisely, in the face of multiple questions by the declaration of regions under that category, the National Emergency Commission (CNE) released an early warning model that will allow cantons or districts approaching orange alert status to anticipate and take corrective actions.

Alexánder Solís, president of the CNE, reported that at the moment there are 26 cantons with districts in this early warning condition.

In the noon presser from Casa Presidencial, Priscilla Herrera, Director of Health, stressed that prevention is very important since these early alerts give a territorial alarm sign to promote preventive work.

“The cantons with this high-risk early warning, which can go orange, are recommended to intensify supervision of protocol compliance from municipal police, with the support of cameras and the community,” she said.

The cantons today in a yellow alert but that are already categorized in the early warning are:

For his part, the Minister of Health, Daniel Salas, called on the Catholic faithful and the population in general not to participate in ‘romeria’ or the walk to Cartago, which is traditionally made between August 1 and 2.

“At this time, pilgrimage exposes infections, we are in an important stage, it is true that there has not been an exponential increase, but we are seeing an important occupation of hospitals,” said Salas.

On the hospitalizations, this Thursday the Minister reported a high of 352 people in hospital, of these 80 are in intensive care.

In addition, seven new deceased were reported, bringing the death statistic to 140. The Ministry of Health has stopped providing detailed information on the deaths.