Q REPORTS – What is a ‘covid passport’; or sanitary passport of vaccination against covid-19; or vaccination passport? The best way to describe it is as a health certificate that verifies the immunization of a person, in the middle of the pandemic. 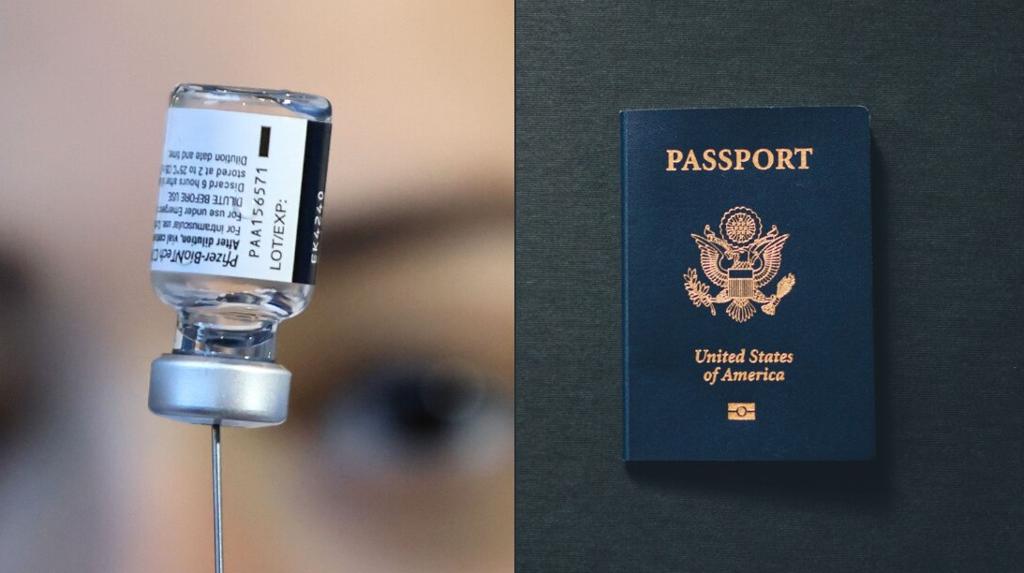 It is not for now a passport like the ones we know, to enter another country, and it is not that they will put a health visa in our travel document – in any case, it is not what is happening at the moment. It is an official permit that is being used to enter stadiums or businesses in places where this useful invention already exists.

We explain which ones there are and how they work.

The one from Denmark, called “Coronapas”, is available through a secure application or in printed format. The official certificate is issued to a person in the following cases:

This certificate grants access to non-essential businesses, which have been severely affected by the different levels of confinement.

Denmark is one of the first European countries to have this tool, but the European Union hopes to unify efforts and generate valid health certifications next June for its 27 countries.

“We want to help the Member States to restore freedom of movement in a reliable way,” said Ursula Von der Leyen, President of the Commission at the time.

In Denmark, a country of 5.8 million inhabitants, the number of new cases of SARS-CoV-2 is four times lower than in December, when the country had started a lockdown with the closure of schools and non-essential shops, which are now open.

In Denmark, 17% of the population has already been fully vaccinated, with 193 days remaining to reach herd immunity, according to the Time to Heard site and the New York Times’ global vaccination tracker.

In the United States, federal health authorities are already giving a kind of white card to people who complete their complete vaccination processes (most with their two doses of the Pfizer drug). But as The New York Times points out, these are easy to recreate and there are already scammers on the internet offering them for money.

Although the debate is open in the country to create an official document like the Danish “Coronapas”, the U.S. Federal Government has said that it will not introduce a federally mandated digital vaccination passport.

Each state can create its own passport. This is the case in New York.

In March, New York became the first American state to launch a digital health certificate called the “Excelsior Pass” (“excelsior,” which in Latin means “always on top,” is the state’s official motto). This kind of “covid passport” verifies that the person has a recent negative covid-19 test, or that they have already been fully vaccinated.

This application generates a QR code that can be scanned in open non-essential businesses to verify health information. This pass has already been used thousands of times in the last month to enter Yankee Stadium, Madison Square Garden or other events with smaller audiences.

To avoid fraud, most New York businesses ask to show the “Excelsior Pass” along with the identity card.

Other states like Texas and Florida, by contrast, have prohibited businesses from requiring vaccination certificates to let customers into their premises.

In the North American public debate on a “covid passport” the issues of inequality and privacy enter.

The doubts with the ‘covid passport’

Vaccination passports are not new. To travel to some regions of Latin American countries such as Colombia or Peru, Costa Ricans are asked for a yellow fever vaccine certificate, for example. With the warning that if the person travels without that requirement.

In the case of the covid-19 pandemic, the issue with certificates is that there is no way they can be 100% secure. That is, there are several science-confirmed cases of people who have been cured of COVID-19 and are re-infected. And there are also cases of people fully immunized with one of the available vaccines who have become seriously ill.

Vaccines like those from Pfizer / BioNTech have been shown to be safe and effective for just over six months. But what may happen in the immediate future is a question mark, because the pandemic is still very new, and the vaccines were achieved in record time.

In addition, there are also doubts about the legality and handling of personal information. Do these health passports have to be administered by governments or by private companies? Common passports are issued by countries, officially. It is a question that generates debate.

Of course, there are also people who do not want to be vaccinated. Automatically will the doors of the rest of the world will be closed to them?

Science has shown that vaccines work, but you can’t force people to get vaccinated either. In this context, those who do not want to be immunized would have to give up traveling.

According to TimetoHerd.com, in Costa Rica, it will be 188 days to 70% of the population is vaccinated against COVID-19. Around Central America, in addition to Costa Rica, only Panama (374), El Salvador (176) and Belize (717) are listed.

The New York Times global vaccination tracker, updated to May 29, 2021, compiled from government sources by the Our World in Data project at the University of Oxford, indicates that more than 1.84 billion vaccine doses have been administered worldwide, equal to 24 doses for every 100 people.

QCOSTARICA - Costa Rica's legislature approved, in the first debate, a bill that reduces the minimum amount that a foreign pensioner or rentier must...
Weather

QCOSTARICA - The United States has eased travel advisories for most Central American countries, with the exception of Costa Rica and Nicaragua, according to...
Infrastructure

QCOSTARICA - Five major road works under the responsibility of the H. Solís company will continue in development despite investigations for alleged corruption involving...
Latin America