(Q24N) – Insightcrime.org -Cream cocaine appears to be the latest novelty used by traffickers to help their drugs avoid detection, adding to a long list that has helped criminal groups stay one step ahead of law enforcement. 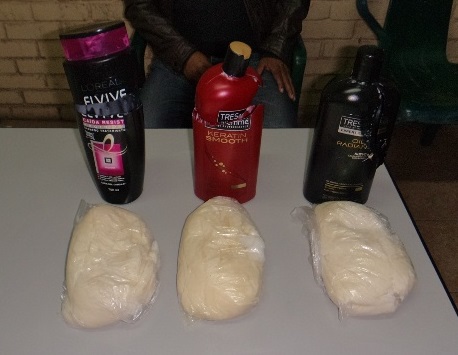 Authorities in Chile have uncovered an apparently new modality for trafficking cocaine, after three shampoo bottles containing a creamy form of the drug were seized from a bus passenger in the northern part of the country, BioBioChile reported.

The cocaine hydrochloride weighed a total of 1.75 kilograms, according to the report. The Peruvian national carrying the drugs had been travelling by bus from Lima to the Chilean city of La Serena.

This unusual bust is reflective of an age-old criminal dynamic: As authorities better their drug interdiction capabilities, smuggling groups search for the most cutting-edge techniques to avoid detection of their products.

Rudimentary strategies range from hiding drugs in fish shipments — which helps to cover up the smell — to stuffing them into tamales and sweets. However, more complicated methods see traffickers chemically alter cocaine hydrochloride to be transported in a multitude of creative ways.

Cocaine has been trafficked in liquid form since the days of Pablo Escobar, and the method makes it harder for police dogs to detect the drug. One way of turning the powder into liquid involves mixing it with acetone, gasoline or some other solvent. It is then soaked into clothes, pieces of paper, infused into rice or even hidden in sex toys.

In these cases, the cocaine is reconverted into its powder form through a chemical procedure when the shipment reaches its destination. This can be as simple as exposing the item to heat until the solvent evaporates and only the cocaine is left.

Cocaine has also been compressed into solid form and disguised to look like coal or wooden pallets.

Traffickers’ creativity does not stop at the cocaine’s chemical make-up; they have constantly found new methods of transporting drugs designed to dupe authorities. “Narco-torpedoes,” catapults and drones are just some of the techniques detected, while many more may remain secret.

QCOSTARICA - The morning warming and the entry of...
Economic Recovery