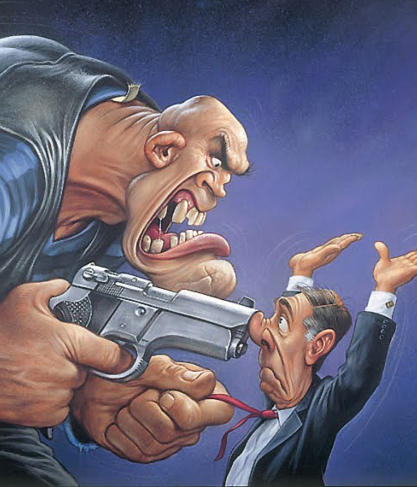 SPECIAL REPORTS/QCOSTARICA –  A series of original studies commissioned by the Inter-American Development Bank (IDB) quantify the costs of crime and violence in Latin America and the Caribbean using a combination of crime, health and economic statistics to come to fresh conclusions. 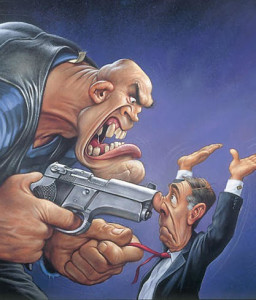 In Brazil, one study found people pay an extra US$13 billion to gain a sense of security alone, while in Uruguay economic activity suffers a negative impact of more than 3.0 percent of gross domestic product, while long-term generational impacts are found on the health of babies born to mothers who suffer from physical violence.

“People pay for a sense of security,” said David Vetter, lead author of a study examining the impact on residential property values in Brazil’s metropolitan areas of insecurity resulting from crime.

“There are a lot more people who are afraid of crime rather than are victims of crime,” Vetter told Reuters in a telephone interview.

A common theme running through the eight research papers presented is that women, children and families in general are affected most by crime and violence.

The IDB points out that the region suffers from some of the world’s highest homicide rates and is where 20 of the world’s most violent cities are located.

However, International Monetary Fund (IMF) projections show Latin America and the Caribbean region’s economic growth of 3.6 percent this year is more than double the 1.4 percent forecast for advanced economies and above the 3.5 percent predicted for the world overall. That kind of growth masks somewhat the impact of crime and violence on the economies in the region.

In Vetter’s study, housing costs in Brazil are inflated by $13.6 billion, based upon a “strong and significant relationship between monthly rent and the sense of security in the home.”

Increasing the sense of security in the home from 40.9 percent to 59 percent (or one standard deviation) would increase home values by $757 if divided amongst all 18 million households in the study area.

“The implications of crime on the region’s well being are potentially much greater. Violence not only victimizes individuals – it undermines trust in public institutions,” Ana Corbacho, an economist with the IDB’s Institutions for Development division, said in a statement.

The IDB solicited academic studies to measure the cost of crime and received 117 proposals from 19 countries. The authors of eight out of nine research studies that won funding are presenting their results at an IDB seminar in Washington January 24-25.

“Latin American and Caribbean citizens cite crime and violence as their top concern, above unemployment, healthcare and other issues,” the IDB said in a statement.

NARCO-VIOLENCE
Much of the violence in the region can be ascribed to the narcotics trade.

A drug war raging in Mexico has led to a decline in economic activity in the municipalities where narcotics related violence is most prevalent, another study found.

The explosion of violence seven years ago between rival drug gangs and the government crackdown on traffickers serves as a demarcation point for economic growth.

Using electricity usage rates as a proxy for economic growth in Mexico, researchers at Stanford University found that starting in 2006 the level of economic activity between municipalities experiencing heavy narcotics-related violence and those that did not diverged dramatically.

In the 2006-2010 time period, areas where drug crimes were higher ended up lagging less violent areas by 6.8 percent per year.

A second study on Mexico by economists at the University of Maryland, Instituto Tecnologico Autonomo de Mexico and Stanford University found a 1.0 percent increase in the number of homicides resulted in a 1.8 percent decline in home prices in affected areas.

As a consequence of violence in Uruguay, the cost to the economy was $1.2 billion a year, or 3.1 percent of GDP.

WOMEN AND CHILDREN FIRST
One common theme running through the studies focused on health and social issues is the significant impact on women and children from crime and violence and the long-term generational effects on health, education and spending on prescriptions.

“Children whose mothers suffer from physical violence have worse health outcomes,” said researchers at the University of California, Riverside.

In their study of domestic violence against women in the demographic and health surveys of Colombia, the Dominican Republic, Haiti, Honduras and Peru, the researchers found the negative effects on children under the age of six takes place even before they are born.

A women aged between 15 and 49 who suffers from domestic abuse is less likely to have the four required prenatal visits with a doctor. The children, once born, are more likely to have had diarrhea in the last 15 days and tend to have a lower weight. Vaccinations are reduced and height is stunted among these children, the study found.

In a separate study, pregnant women in Brazil are more likely to give birth to underweight babies if they live in high crime areas and are themselves poorly educated.

“This suggests that violence adds up to the mechanisms that affect the transmission of socioeconomic status between parents and their offspring,” wrote researchers at the University of Leicester and Queen Mary University of London.