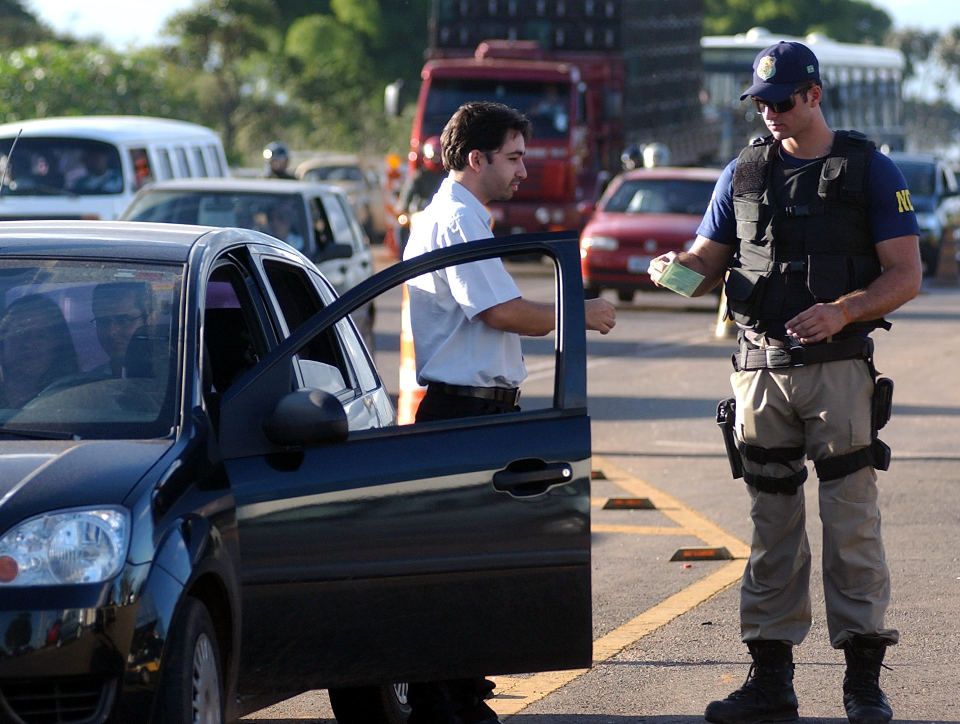 LATIN AMERICA  – An investigation into Brazil’s massive contraband trade highlights the scope of the problem and the modus operandi of smuggling networks responsible for economic losses of around $20 billion dollars a year.

During a two-month investigation called “Crime without Punishment,” Brazilian newspaper Folha de São Paulo traced smuggling routes from sellers in neighboring countries to consumers in Brazil and charted the enormous economic impact of the contraband trade.

Folha found that smuggling networks — which are often tied to drug and arms trafficking — have grown increasingly sophisticated in recent years, building a parallel black market economy by bringing billions of dollars worth of cigarettes, shoes, clothing, electronics, medicines, and other products into Brazil.

Folha calculated that contraband caused Brazil’s formal economy to lose $20.1 billion dollars in 2014, a figure that rises to almost $31 billion when lost tax revenue is taken into account, according to another study — conducted by an economic development non-governmental organization (NGO), known as the IDESF — cited by the newspaper. In contrast, Brazilian authorities have managed to seize just $2.5 billion in contraband merchandise over the last five years, while the rest has slipped through thanks to bribes, understaffed interdiction agencies, and the sheer quantity of merchandise moving into Brazil.

Although Brazil shares a border with ten different countries, Paraguay and Bolivia are the main sources of contraband, according to Folha. Of the countries that ship merchandise into Brazilian ports, China is responsible for the greatest amount of contraband, the newspaper reported.

In Brazil, 33 billion cigarettes — one out of every three smoked in the country — were smuggled in last year. Contraband cigarettes are the primary product smuggled into Brazil from Paraguay, due principally to vast price differences. Whereas the Paraguayan government levels a 13 percent tax on cigarettes, the Brazilian government sets cigarette taxes at 77 percent.

According to Folha, contraband cigarettes enter Brazil mainly through the Triple Frontier region, the area where Paraguay, Brazil, and Argentina share a border. In order to smuggle this product, and others, across the border, Brazilian buyers and Paraguayan sellers enlist the help of middlemen, who take care of bribing officials, hiring scouts and armed guards, and transporting the contraband. Payments are made via money transfer and all parties communicate entirely by phone in order to make it harder for police to identify and dismantle smuggling networks if one member of the group is captured.

Smuggling networks typically employ porters who are recruited from city slums in both countries and paid around $15 dollars for a seven-hour journey, according to Folha. The products are often smuggled into Brazil by boat across the Itaipu Lake or Parana River, and then loaded onto trucks or transported in personal vehicles to their final destination. The contraband smugglers who move goods across the Itaipu Lake tend to be the most violent, according to Folha, since many are also involved in marijuana trafficking.

One prosecutor in the border city of Foz do Iguaçu told Folha that smuggling networks tend to divide tasks “like a production line” with specific individuals in charge of each step in the smuggling chain. In total, according to the IDESF study, there are around 15,000 people directly involved in smuggling in the Brazil-Paraguay border region.

Although there are individuals, known as “sacoleiros,” who buy small quantities of goods in Paraguay to resell in Brazil, IDESF told Folha that the majority of the smuggling is carried out by highly organized groups. Some even steal cars to transport the goods — around 60 percent of the vehicles used to smuggle contraband are either stolen or purchased using loans that are never repaid, according to the study.

Security officials in Parana, Brazil discuss the “cat and mouse” game they play with smugglers in Folha TV’s video report

Last year, almost half of the contraband goods seized in Brazil near the border with Bolivia were shirts, pants, blankets or towels, reported Folha. The textiles mainly come from the Bolivian city of Santa Cruz and are smuggled into Brazil on back roads that are also used for arms trafficking. At night, according to Folha, smugglers transport goods on small trains operated with hand levers. The merchandise is then stored in houses and small hotels in the border municipality of Corumba before being transported to major Brazilian cities.

Similarly to the Paraguayan cigarette trade, buyers of contraband goods frequently hire middlemen to oversee the purchase and transport of goods from Bolivia. The middlemen typically pay drivers around $765 to take a truckload of contraband to the city of Campo Grande in Brazil’s southwestern Mato Grosso do Sul state, about 426 kilometers from Corumba, and around $1,530 to take the goods to São Paulo, according to Folha.

Brazil’s main port, the Santos port in São Paulo, receives 15,000 tons of merchandise a year, meaning that the country’s customs agency has 800,000 containers to inspect annually. Given the sheer quantity of goods, Brazilian authorities use a computer system to identify vessels that represent a high risk of containing illegal products, but are only able to inspect a fraction of the shipping containers.

As a result, the São Paulo port has become a hub for smuggling, and contraband networks employ a variety of different tactics to sneak their goods into Brazil. In addition to simply filling containers with contraband and hoping they pass through undetected, smugglers have also been known to replace high-value products with low-value goods at the port, according to Folha. For example, in one case smugglers quickly unloaded containers of electronic goods at the port and filled the shipping containers with Ping-Pong balls. By the time customs authorities inspected the shipment, the electronics were already long gone.

In addition, smugglers circumvent Brazilian customs controls by sending their goods to Paraguay. As a landlocked country, Paraguay has an agreement with Brazil that allows the country to receive imports in Brazilian ports. These shipments are unloaded and transported directly to Paraguay without being subject to an inspection in Brazil. Sometimes the goods are clandestinely unloaded in Brazil before they reach the Paraguayan border, and other times they are smuggled back into Brazil from Paraguay, according to Folha.

As evidenced by the examples in Folha’s investigation, large-scale contraband smuggling requires an organized network that feeds off of official corruption. Smuggling is also often tied to drug and arms trafficking, as the routes and networks used to transport weapons and narcotics are also frequently employed for other types of contraband.

On the Colombia-Venezuela border, for example, some of the networks and routes used by fuel smugglers — like noted Colombian contraband-runner Marcos de Jesus Figueroa Garcia, alias “Marquitos” — are also used to traffic drugs. Similarly, as detailed by Folha, some of the Paraguayan smugglers who bring contraband goods across Itaipu Lake and into Brazil are also involved in marijuana trafficking. In Peru, large organized crime syndicates also have a stake in the contraband trade and organize caravans of vehicles carrying contraband — known as “snakes” — that travel from Bolivia into southern Peru.

In addition, large-scale contraband smuggling often requires collusion with officials at the highest levels. In Guatemala, for example, one of the most influential figures in the selection process for Supreme Court Justices and appellate court judges is a businessman who allegedly made his fortune by selling contraband tennis shoes.

The smuggling of contraband cigarettes — specifically those sourced from Paraguay — is also a significant problem outside of Brazil, including Argentina and Bolivia. Paraguayan President Horacio Cartes owns a major cigarette company, Tabesa, which has been accused of profiting from cigarette smuggling in other Latin American countries. In Mexico, contraband Tabesa cigarettes have been linked to the Zetas and the Sinaloa Cartel, and in Colombia, criminal and rebel groups allegedly use the cigarettes to launder money.

Although Cartes denied that his company is the source of contraband cigarettes in an interview with Folha, suspicions about Tabesa’s possible role in the contraband trade are heightened by the fact that Paraguay produces almost 25 times the amount of cigarettes need to supply the legal domestic market, and Tabesa is one of the country’s major cigarette companies.

Today, Saturday, June 19, only vehicles with "ODD" ending plates CAN circulate The measure is countrywide and applied between 5:00 am and 9:00 pm, save...
Pura Vida

TODAY COSTA RICA - Original text published in La Nacion on June 23, 1971 - A conflict over air routes, has been unleashed between...
Corrupion

QCOSTARICA - No more soup for you! If the Minister of Public Works and Transport (MOPT), Rodolfo Méndez, has his way, the H. Solís...
Consumption