The "economic coup" has not been the same for everyone, in the small shopping centers, the anchor tenants have not been affected while vacancies surround them 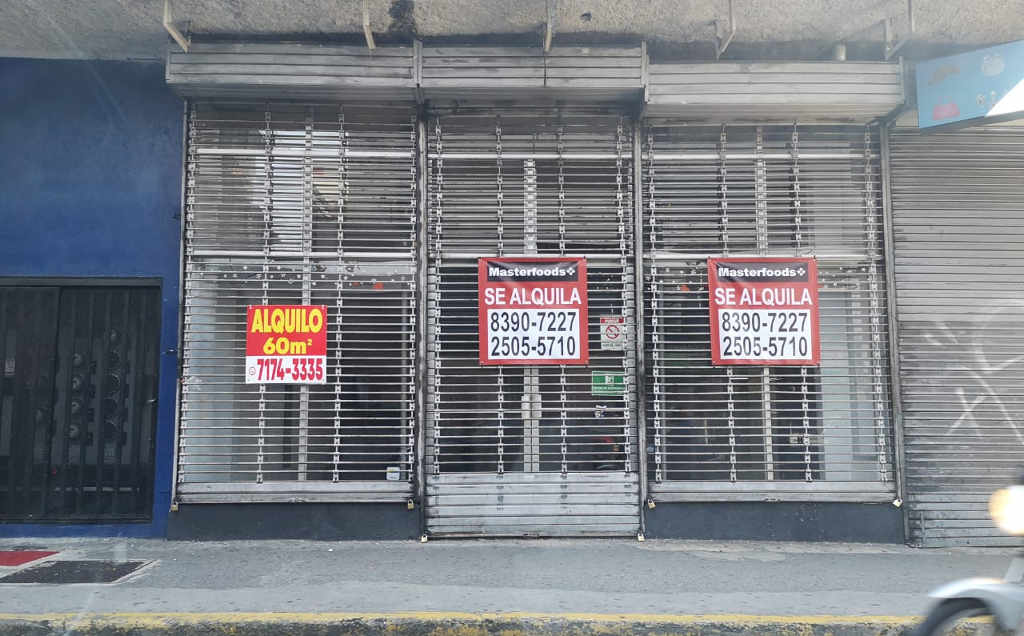 The proliferation this year of “Se Alquila” (for rent) signs in store windows and closed doors, was not just a general perception by the population. In fact, the difficult economic situation in the country caused the closure of many stores and left the real estate market with vacancy rates above normal.

The worst moment came towards the middle of the year when vacancies in some segments exceeded 10%. For a commercial real estate market to be considered healthy, it must be below this figure.

However there were two areas that surpassed the rate; that is, those that were especially affected, the “neighborhood centers”  and “strip centers”, in Costa Rica known as “centros comerciales”.

They are small shopping centers located in neighborhoods or in cantonal centers, or in more busy places, but that due to the size of the work are not considered large. They are usually made up of convenience stores, using an anchor tenant, such as a supermarket, surrounded by small stores installed, such as hairdressers, shoe stores, clothing stores, among others.

According to figures from the real estate consulting firm Colliers, the “neighborhood” and “strip” centers began 2019 in a healthy state, but as the year progressed showed signs o risk or high vacancies.

The “economic coup” has not been the same for everyone. Within these small shopping centers, the anchor tenants have not been affected while vacancies surround them. 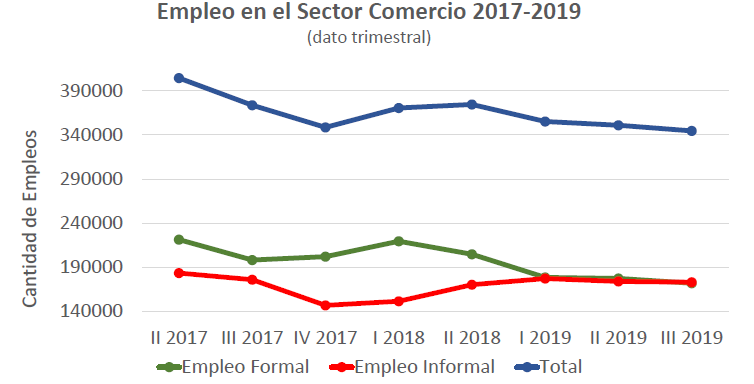 To a lesser visible extent, vacancies during the year have appeared in large shopping centers as well, such as Multiplaza Excazú, where up a dozen vacancies can easily be counted, but nor readily noted or masked by creative marketing.

In the neighborhood and strip centers, the anchor supermarkets have not felt the effect as consumers have continued to spend on food products while sacrificing other purchases not deemed essential, not linked to day-to-day consumption.

According to Randall Fernández, directing partner at Zentral Real State, “businesses with points of sale are increasingly prudent in terms of their investments and now review their numbers more strictly to ensure profitability”.

Other changes that have affected the small commercial centers are the “presas” – traffic congestion – that exponentially increases daily.  Then there is the tax issue and the weight of “social charges” has been one of the elements that the Cámara de Comercio (Chamber of Commerce) sees with concern, especially for small businesses.

Social charges are financial responsibilities businesses have for their employees, such as contributions to the Caja (social security), vacations, aguinaldo (annual bonus) and so on, charges that are not seen by the employee who, unlike in employment in North America for example, where the social charges are deducted from their gross pay, they receive a net salary unaware of the costs to the business.

Businesses can easily fall in arrears of social charges and can face sanctions or closure of the business by authorities, leading to business failure and vacancies in rental space.

The Cámara de Comercio has asked the government to apply an amnesty to businesses with arrears or late fees but willing to catch up, and reduce the possibility of closures.

The Cámara de Comercio points out, in their request, the failure of these businesses is a source of increases in “informal” (off the books) employment.

The hope is that for the next year the difficult situation can be reversed with a sustained growth, reducing visibly the number “Se Alquila” signs in shop windows.

- Advertisement -
Paying the bills
Previous articleBlood runs on the road: “Let the rage and recklessness stop”
Next articleGovernment Highlights Dozens of Works That Impacted Costa Rica’s Road Development in 2019

(QCOSTARICA) This weekend malls will reopen their doors this weekend, expecting...
Read more

Stores Will Close Starting At 5 Today

Doubts about which retail stores, commercial centers, and businesses may remain...
Read more