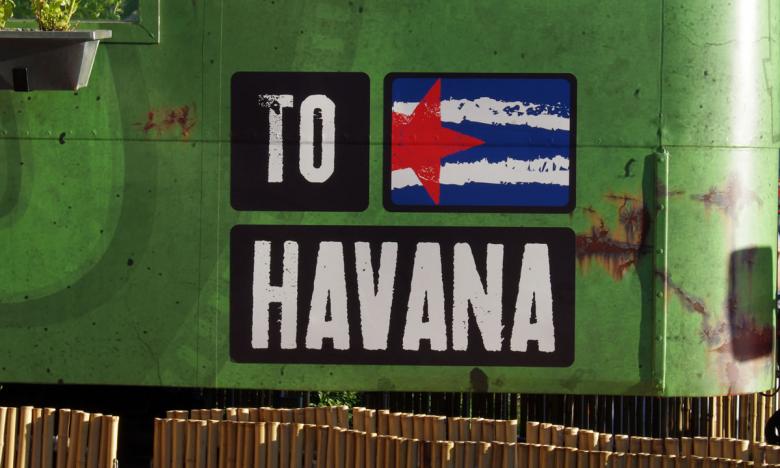 QCOSTA RICA (iNews.co.cr) The historic change in relations between the United States and Cuba announced nearly simultaneously Wednesday by their leaders, Barack Obama and Raul Castro, comes five and a half years after Costa Rica re-established its diplomatic relations with the Communist island nation.

But the U.S. move will not mean normalization nor the end of the 53-year-old embargo. That was put in place by the U.S. Congress populated by hard liners of older Cold Warriors representing a generation of Cubans who fled the Castro regime and who harbor deep resentments toward the island’s leaders.

Costa Rica, of course, does not have the intense allergy toward Communism that the U.S. has. Indeed, at one time, political icon President Jose “Don Pepe” Figueres refused to attend a regional conference in Cuba, not because Fidel Castro was a communist but because he is a dictator.

When Fidel transferred the power to Raul Castro in February, 2008, it opened the door for then-President Oscar Arias to normalize diplomatic relations, which he did a year later, No great controversy resulted — President Laura Chinchilla visited Cuba last March without a murmur from the opposition.

Already, the U.S. under Obama had loosened travel restrictions for its citizens in 2009, although that was about as far as he felt he could go. In Miami, a definite generation gap exists with children of Cuban exiles not nearly as upset with Obama as their parents are.

La Nacion reported that the majority of Costa Ricans view the closer relations between the countries to the north “with enormous satisfaction.” For more than five years, this departure showed Costa Rica’s sense of independence from the United States.

Indeed, Costa Rica’s ambassador to the United Nations, Juan Carlos Mendoza, took the U.N. microphone to call for an end of the U.S. embargo. But this country itself is uncomfortable with the Castro brothers’ human rights record and totalitarian polices despite Raul Castro-s timid steps toward liberalization.

But Mendoza’s predecessor in the U.N. post, Eduardo Ulibarri (of Cuban origins and former editor of its most influential newspaper) feels that appeals to drop the sanctions will lose force in the Interamerican forum CELAC which Costa Rica now heads until January.

The U.S. embargo against Cuba is one of the most long range failures of U.S. foreign policy, since it is unilateral and is not joined by any other nation in the hemisphere, including Canada, and no European nation. So the most immediate effect of loosening restrictions will be in tourism.

Cuba could well become a serious competitor to Costa Rica in this field. It is ironic that just when the tourism institute ICT has launched an imaginative ad campaign, one of its best, the threat of a once strong tourism giant arises only 90 miles off the Florida coast.

QCOSTARICA - Drivers who were sanctioned for violating the...
Consumption