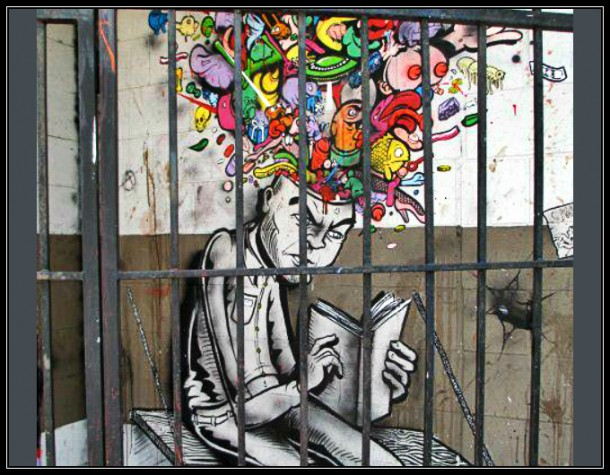 QCOSTARICA – Bolivar Mardrigal, 60, is a proud man today — not because he has served 14 years of his 20 year sentence for sexual conduct in La Reforma, but that he has learned to read and write in prison in a program of education that also saw 156 other prisoners get their diplomas Tuesday.

Of those prisoners, 29 are from La Reforma and the rest from jails and prisons all over the country who received grade school and, high school diplomas. In the gymnasium where the ceremony was held at La Reforma, the teachers looking on could not resist cheering and applauding as the documents were presented.

Although the budget of prisons does not allow the Justice Ministry to provide much of the rehabilitation many in Costa Ricans wish to truly reform convicts and set them on the right path after their release, it is a program that has seen definite results. In all, 624 prisoners have received grade and high school and college diplomas this year.

But, reported the paper, Bolivar Madrigal , as a model prisoner, is able to make use of his newly acquired education in his assignment in the prison’s administrative center where he works for credit to knock days off his sentence.

“The professors are my family. They like me a lot for my behavior,” he told La Nacion, “I’ve shown a lot of respect for them in all senses of the word and I’m helpful and friendly to them. I’m going to continue studying to get to my goal, which I never had before, but now God has placed it in my hands.”

The breakdown of the success of these prisoners shows the breadth of the program: 157 received reading skills, 210 primary education, 74 intermediate training, 42 the equivalent of a GED in the U.S. (bachillerato de madurez) and one a univeristy diploma 129 specialized education courses.

But it’s not easy in overcrowded facilities where hardened criminals make fun of students. Simply to concentrate on studying for exams is a titanic task, reported the paper. Another graduate, Luis Alonso Douglas, 50, convicted of murder, confirmed all these difficulties. But he attends classes three times weekly.

Another dedicated student is in maximum security section, Maxmilliano Marchena who has served 21 years of his sentence and still has 10 to go. He says he doesn’t know whether it’s too late for him but he covets a university diploma.