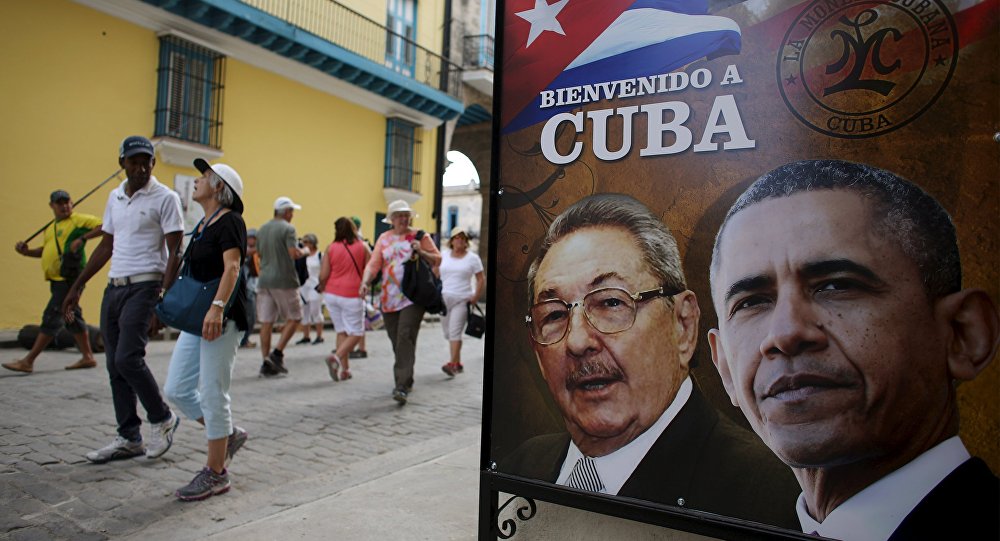 The United States and Cuba will not be able to establish normal migration relations until US ends immigration-related adjustment and admittance programs, the Cuban Ministry of Foreign Affairs said in a press release.

“The Cuban delegation reiterated that there could be no normal migration relations between both countries as long as the ‘wet foot/dry foot’ policy’, the Cuban Adjustment Act, and the Cuban Medical Professional Parole Program continue to exist,” the release stated on Thursday.

The Cuban Adjustment Act gives Cuban citizens preferential migration treatment, allowing those who arrive in the United States automatic admittance despite the ways and means they use to arrive to the country.

The US programs are a violation of the Migration Accords which commits both governments to ensure legal, safe and orderly migration, the Cuban delegation added.

QCOSTARICA - The relaxed restrictions of the month and in combination...
Read more

Q REPORTS (TheGuardian) Jair Bolsonaro’s perverse and “genocidal” response to one of the world’s deadliest Covid outbreaks has left Brazil “adrift on an ocean...
Trends

A healthy mind resides in a healthy body, therefore we must keep our surroundings clean and positive which would keep us lively and it...
Nicaragua

TODAY NICARAGUA – Calling people into the streets for a festive parade “Love in the Time of Covid-19” earned Daniel Ortega and his wife...
Travel

Q24N - "I received a letter from President Xi Jinping, where he tells me that he will donate 150,000 vaccines against covid-19 to...
People

What Are The Best Dating Apps to Use in Costa Rica?

Pretty much everyone is looking for love online these days, whether they want a serious relationship or just a casual one. There are plenty...
Trends

Maybe you hate lockdowns, and we don’t blame you. They are definitely necessary, as there are plenty of advantages. Besides the health benefits of...
Argentina

Q24N (Buenos Aires) Nighttime driving will be prohibited in Argentina as of this Friday and for three weeks, a measure that is applied for...
Health

QCOSTARICA - The Ministry of Health has ordered the Caja Costarricense de Seguro Social (CCSS), to allocate 90% of all vaccines against covid-19 to...