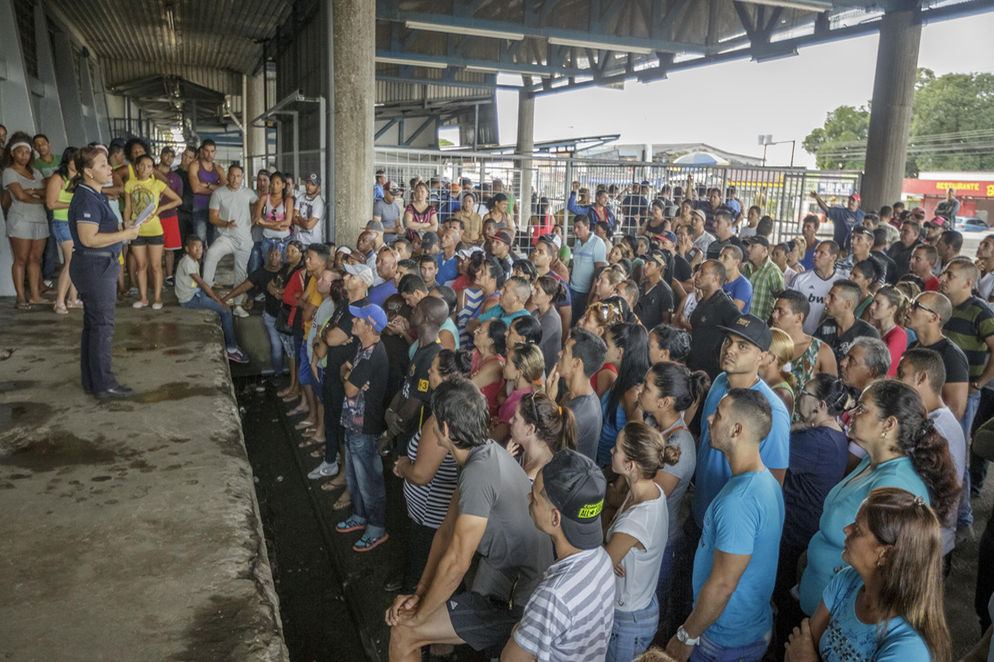 The Cuban migrants ended up in Costa Rica, on their journey to the United States, after Nicaragua closed their border to them. The migrants, intent on emigrating to the U.S., encouraged by the Cuban Adjustment Act, among others,  or “dry foot, wet foot” policy it is often referred to, entitling them to remain in the country and obtain legal permanent residence. Under the Cuban Adjustment Act, the Cubans immediately become eligible for food and housing, medical insurance and just year later they are granted the green card or permanent residence.

The Cubans in Costa Rica left the island legally, headed for Ecuador, and from there they made it to Colombia and Panama to finally arrive in the country, expecting to continue their travel through Nicaragua, El Salvador, Honduras and to any point on the U.S side of the Mexico border.

Cuba’s Foreign Minister, Bruno Rodriguez, who is expected to be in El Salvador today (Tuesday) in a meeting of counterparts from Panama, Costa Rica,Nicaragua, Guatemala, Mexico, Colombia and Ecuador, for talks on the migrant issue, said, “It all goes against the existing accords on the matter and is a sign that migration is being used as a way to destabilize the island, while at the same time it puts migrants at risk from mafias and smugglers.”

ACN (Cuban News Agency) reports that Rodriguez flew to Ecuador and Nicaragua late last week to discuss with their respective presidents, Rafael Correa and Daniel Ortega, the situation of the Cuban migrants stranded in Costa Rican.

According to the Consular Affairs Division at the Cuban Foreign Ministry, the Cuban embassy in San Jose is  following the situation of the migrants and that it has provided Costa Rican immigration authorities with the documents that some Cubans did not possess.

US ambassador to Nicaragua, Laura Dogu, recently said that her country will welcome the Cubans if they make it to US territory. According to Pew Research, a D.C-based Think Tank, from October 2014 to July this year, 27, 296 Cubans entered US territory, with two third of them having done it through the Mexican border.

Costa Rica has now six shelters for the Cuban migrants, in La Cruz, Guanacaste, near the Peñas Border. The country has provided them with temporary transit visas, but on Nov. 15, Nicaragua closed its border to the Cubans.

Although pictures depict the Cubans playing cards, domino and futbol (soccer), the situation has become tense every passing day due to the constant arrivals of more Cubans.

- Advertisement -
Paying the bills
Previous articleCosta Rica Is “A Haven For Drug Smugglers”, Says New OIJ Director
Next articleTraffic Accidents Kill over 600 in Cuba this Year