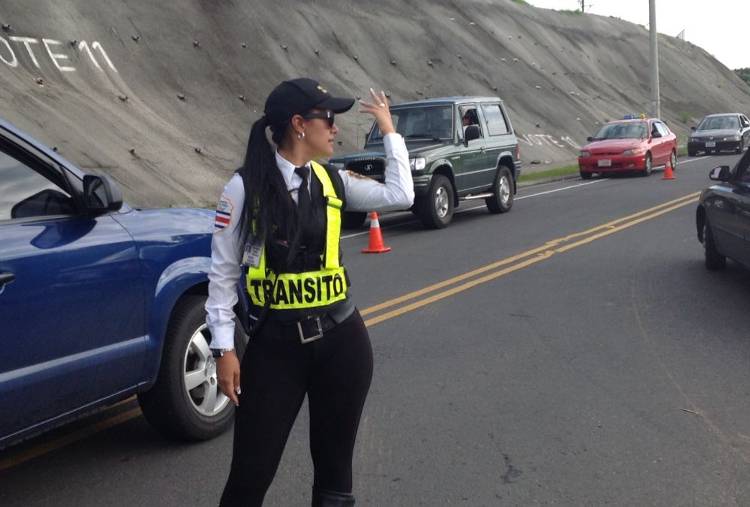 Rubbernecking is part of every day driving. Gawking at something of interest can cause traffic jams and a cause of accidents as drivers become distracted and change their rate of travel while other drivers are also distracted.

Typically, rubbernecking is a human trait that is associated with morbid curiosity, an example is drivers trying to view the carnage resulting from a traffic accident.

It is part of human nature to become curious at the sight of something extreme or unusual, which makes some aspects of rubbernecking very understandable.

Earlier this week the “rubbernecking”  was common in the Hatillos, and not due to an accident or a collision but for two traffic official directing traffic, Hazel Tencio and Marcela Segura.

Both ladies were constantly at the receiving end of “piropos”.

“Thank God they are not insults…”, Tenocio tells CRHoy.com.  Segura who has been a traffic cop for five years, however, feels the piropos are more of an insult than compliments.

When all is said and done, it would be hard pressed to find a driver who does not take a second look and minds been given orders by either of these two final traffic officials.