David is Our Son. To Us, He’s The Best Person in the World! 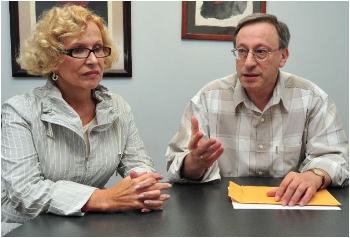 It was four years ago on August 11 when Chicago grad student David Gimelfarb disappeared in the Rincón de la Vieja national park. 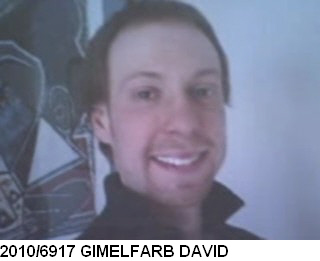 David’s parents, Roma y Luda Gilmerfarb, have once again making their annual return to Costa Rica, to ensure that thier son is not to be forgotten. On this trip they bring with them the idea of creating a foundation to prevent tourists from disappearing in Costa Rica.

Among their proposals is to make available to tourists visiting national parks, a bracelet that can be tracked via satellite in the event they get lost.

Visitors flock here for the opportunity to hike near an active volcano, which is often obscured by cloud cover, lending the park a mysterious aura. Listed as a “not to miss” site in The Rough Guide to Costa Rica, Rincón is exactly the kind of lush, tropical destination that has helped establish Costa Rica as the ecotourism capital of the world.

But despite the park’s wide appeal, locals will tell you that it is unquestionably wild. Pumas, jaguars, and at least four varieties of poisonous snakes lurk deep in the jungle. Some of the labyrinthine trails aren’t particularly well marked, and drug traffickers have been known to use them to smuggle narcotics into Nicaragua, just 25 miles to the north. And a section of the park was quietly closed for several days in 2009 and again in 2012 after hikers were robbed at machete point.

On August 11, 2009, David Gimelfarb was among some 300 people in the park. It was the day the 28-year-old graduate student from Chicago walked into the visitors’ information hut just before 10 a.m. and scribbled his name—David Gimelfarb—into the guest book. He told the ranger in Spanish that he intended to take an easy three-kilometre loop called Las Pailas (the Cauldrons), after the steaming pots that pepper the path. Then the young man walked out of the hut, up and over a rickety footbridge spanning the cool waters of the Colorado River, and vanished.

David’s father and mother have made at least a dozen trips to Costa Rica in the past four years. They have been frustrated by what they say is the lack of help by the U.S. government.

“We send soldiers around the world to fight for somebody. And here, we don’t do anything for people we know where they might be’, the couple told recently CBS Chicago,  so they’re starting the David Gimelfarb International Rescue Resources Foundation to help other families find their loved ones who have gone abroad–and gone missing.

“David is our son. To us, he’s the best person in the world” , say David’s parents,  reconfirming their commitment to pay a reward of US$100.000 for help in finding out what happened to their child.

If you have any information on the whereabouts of David Gimelfarb, you can contact the OIJ confidential number at 8000 645 OIJ.