Death Of Young Heredia Woman First Case of Suspected Use of “Krokodil”, The Drug That Eats Junkies 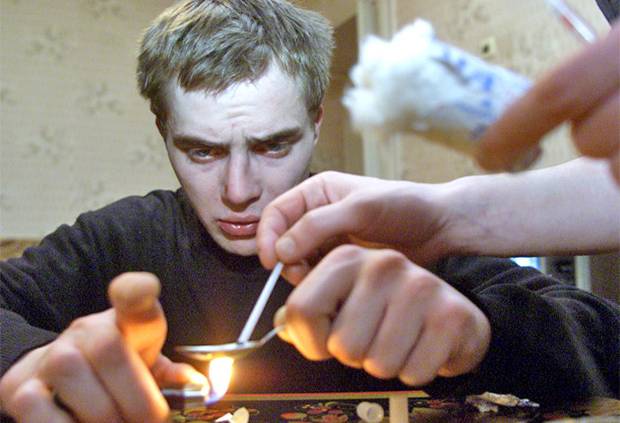 A flesh-eating drug seems to have made its way to Costa Rica. This extremely addictive injectable opioid is called krokodil (pronounced like crocodile) or desomorphine. It’s so named in part because users report black or green scaly skin as a side effect. 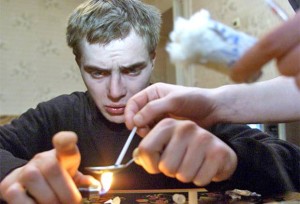 With severe tissue damage to more than 40% of her body and in bed since being admitted to the San Vicente de Paul hospital, a 26 year old Heredia woman is suspected to be the first case of krokodil or “flesh eater” addiction in Costa Rica.

The woman’s death occurred on Tuesday and is being handled like a “toxic” death due to secondary vasculitis, which is an inflammation of the blood vessels due to an excess of any drug that causes necrosis or tissue death.

“On Tuesday the patiend died. It’s a complicated case, as with all patients with drug dependency problems…”, said Salas, who added that there is “objective” evidence we can do in the country to ascertain or rule out the use of krokodil.

The doctor said that the patient had admitted she was using drugs, mainly crack and that there are many patients in the country with similar injuries from the use of crack.

The patient, whose identity has not been made public, entered hospital on April 2.

Given the strong possibility that the death could be related to the use of krokodil, the Instituto Costarricense de Drogas (ICD)- Costa Rican Drug Institute and the Ministerio de Seguridad (Ministry of Security) have announced a permanent alert on the possible arrival of synthethic drugs in the country and in particular krokodil.

“As the tissue damage was so extensive the patient had been bedridden all the the time. She could not move, and was isolated to prevent the spreading”, said Dr. Claudio Salas, rheumatologist that hospital.

Krokodil causes serious damage to the veins and soft tissue infections, rapidly followed by gangrene and necrosis, according to a 2013 study.

Krokodil: The drug that eats junkies
Desomorphine
(Dihydrodesoxymorphine) is an opiate analogue invented in 1932 in the United States that is a derivative of morphine, though more potent. Like the opioid class in general, it has sedative and analgesic effects when used. It was used in Switzerland under the brand name Permonid, where it was found to have a faster onset and shorter duration than morphine, with less nausea and respiratory depression. It appears to be used quite extensively in Russia, especially when heroin becomes scarce or too expensive. (Russia has a significant opiate addiction problem partially due to its close proximity to Afghanistan.

Desomorphine has attracted attention in Russia due to its simple production, utilizing codeine, iodine, gasoline, paint thinner, hydrochloric acid, lighter fluid and red phosphorus. The clandestine manufacturing process is similar to that of methamphetamine. “Homemade” desomorphine made this way is highly impure and contaminated with various toxic and corrosive byproducts.

The street name in Russia for home-made Desomorphine made in this way is “krokodil” (crocodile), reportedly due to the scale-like appearance of skin of its users, and it is used as a cheaper alternative to heroin, as codeine tablets are available without a prescription in Russia.

Since the mix is routinely injected immediately with little or no further purification, “Krokodil” has become notorious for producing severe tissue damage including injury to the veins (phlebitis) and gangrene. Other consequences of use have included severe withdrawal, spread of HIV through the use of contaminated needles and death.

Since the mix is routinely injected immediately with little or no further purification, “Krokodil” has become notorious for producing severe tissue damage including injury to the veins (phlebitis) and gangrene. Other consequences of use have included severe withdrawal, spread of HIV through the use of contaminated needles and death.

Use in Russia is estimated as high as 1 million and use has spread to other European countries including Germany. The Russian government has considered some steps to curb this epidemic, including banning websites that explain how to make the opiate, placing codeine back into the prescription only category and increasing enforcement with escalated confiscation.

The DEA reports that they are looking at the drug overseas but have not as yet seen it in the US.

- Advertisement -
Paying the bills
Previous article13.655 Teachers Have Problems With Their Salary Payments, Confirms Education Minister
Next articleDIS Director Caught On Camera Smoking On The Grounds of Casa Presidencial