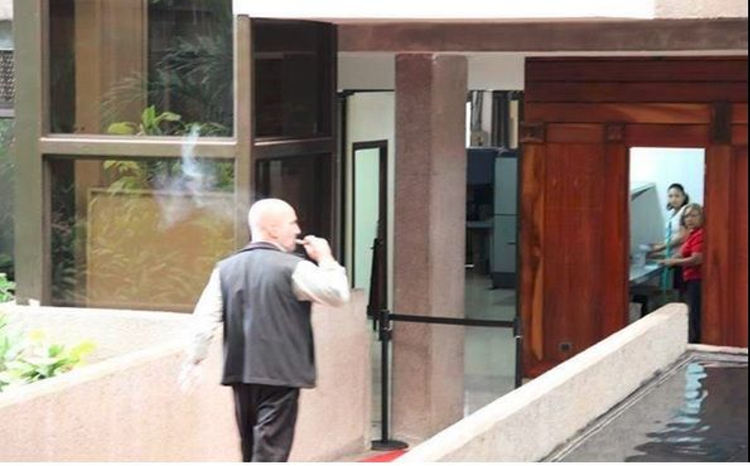 The social networks were abuzz Friday over a photo of Costa Rica’s new director of the Dirección de la Inteligencia y Seguridad (DIS), Mariano Figueres, smoking on the premises of Casa Presidencial.

In the photo it is difficult to tell if Figueres is smoking a regular cigarette, a e-cig (electronic cigarette) or an habano (cigar). Also it is unknown when the photo was taken and by whom.

The fine for smoking in a public building is 10% of a “salario basico” and 50% for anyone working as an administrator, director, curator, trustee, guardian or other individuals with powers of decision in any private company or public institution.

Figueres’ appointment to the directorship of the DIS by President Luis Guillermo Solís the same day of his inauguration on May 8, was a surprise to most.

- Advertisement -
Paying the bills
Previous articleDeath Of Young Heredia Woman First Case of Suspected Use of “Krokodil”, The Drug That Eats Junkies
Next articleSALARIES?

QCOSTARICA - It is reasonable to believe the major...
HQ