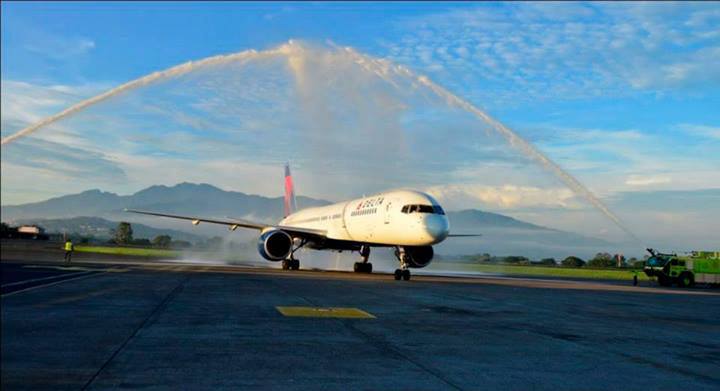 The water arc is a symbol of friendship that takes place at airports around the world every time a new route is opened.

Delta operates 4 daily flights to Costa Rica, three to San José (two from Atlanta and one from Los Angeles) and one to Liberia (LIR) from Atlanta.

Industry experts say the move by Delta and other airlines is a reaction to Avianca’s cancellation of five non-stop flights to Costa Rica.

Delta Air Lines serves more than 160 million customers each year. With an industry-leading global network, Delta and the Delta Connection carriers offer service to nearly 315 destinations in 59 countries on six continents. Dealta is headquartered in Atlanta and employs some 80.000 people worldwide.

QCOSTARICA - Good news for Ticos with traveling fever! From Friday, June 25, Germany will allow entry of travelers from Costa Rica as long...
Politics