Goverment Comes To The Aid Of Coffee Farmers

Costa Rica’s coffee farmers got a boost from the government to combat a devastating fungus that has affected the industry, with the signing of a bill that will provide US$40 million dollars in support. 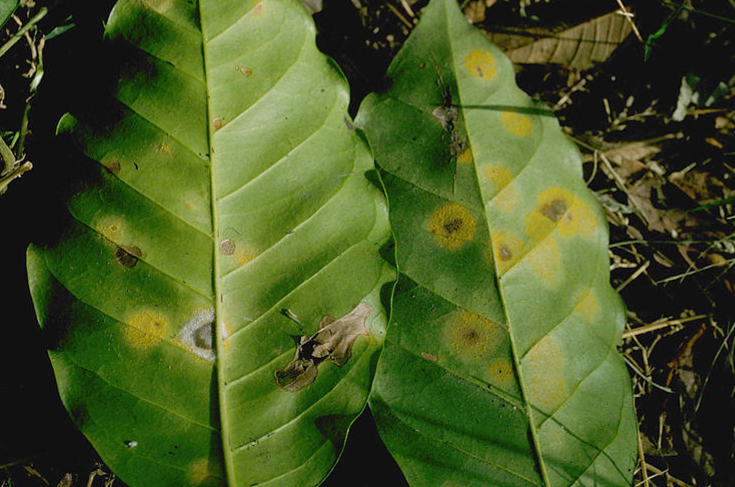 The government estimates that some 250.000 mostly small farmers across the country will benefit for the financial aid, to combat the “Hemileia vastatrix”, a fungus of the order Puccinilaes (Previously also known as Uredinales) that causes coffee rust, a disease that is devastating to coffee plantations – that has affected over 60% of Costa Rica’s coffee and has ravaged coffee plantations across Central America this season.

The regions most affected by roya (coffee rust as it is known in Spanish) are Coto Brus, Pérez Zeledón, Turriabla and Valle Occidental, according to the ICafé, Costa Rica’s Coffee Institute.

QCOSTARICA - This week there could be very good news for the country in the fight against the coronavirus pandemic if the College of...
Business

HQ - The appearance of pests and diseases, in particular the 'dragón amarillo' (yellow dragon), the impact of the weather and a sharp drop...
Redaqted