Despegar Receives An Investment of US$270M From Expedia 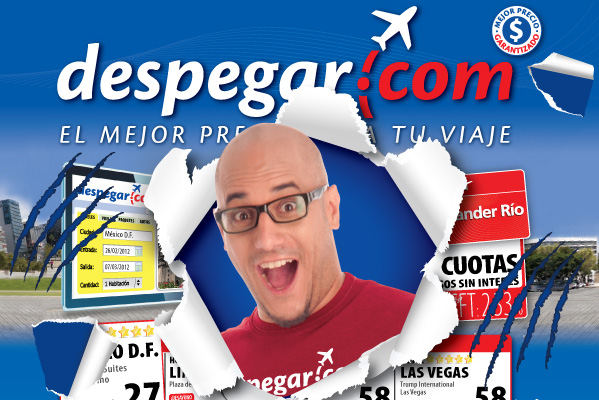 QCOSTARICA – Expedia, one of the world’s largest travel companies, announced an investment of US$270 million dollars in the Argetina based online travel agency Despegar.com.

The investment will give Expedia a minority stake of about 20% in the Decolar, the Despegar parent company.

The deal comes as part of the expansion of an existing agreement between the pair which has been in place since 2002.

Under the terms of the new partnership, alongside the equity investment, Decolar will provide Expedia will access to its hotel supply in Latin America.

According to Expedia, the deal gives it exposure to customers in the region will expand promotions through a “differentiated” international hotel supply, with more hotels and pricing options.

“Having one of the major players in the world as a shareholder will undoubtedly help us continue expending the scope and quality of our services,” said Roberto Souviron, CEO of Despegar.com.

“Decolar customers will be able to access more hotels at even better prices around the world. Having one of the leading global players as a shareholder will surely help us continue expanding the reach and quality of our services,” added Souviron.

Expedia Inc president and CEO, Dara Khosrowshahi, says: “Decolar is a clear online travel leader in the highly attractive Latin American market. We are incredibly excited to grow our exposure to customers in Latin America through our investment, and to power Decolar’s growing outbound lodging demand through our global supply team.”

The investment in Decolar comes almost a month to the day on from Expedia snapping up rival US online travel agency Orbitz for US$1.6 billion.

It is just US$10 million less than the amount paid by Expedia get its hands on the assets of Travelocity in January this year.

Latin America has become the latest region of the world to grab the attention of the giants elsewhere around the global online travel sector.