Migrants denounce collusion between Nicaraguan military and Tico police. Many through blind spots along the northern border under the alleged complicity of Nicaraguan and Costa Rican officials.

QCOSTARICA – Restricted borders, increased immigration patrols, limitations in transportation and movement and the pandemic has not deterred Nicaraguan migrants from arriving in Costa Rica. 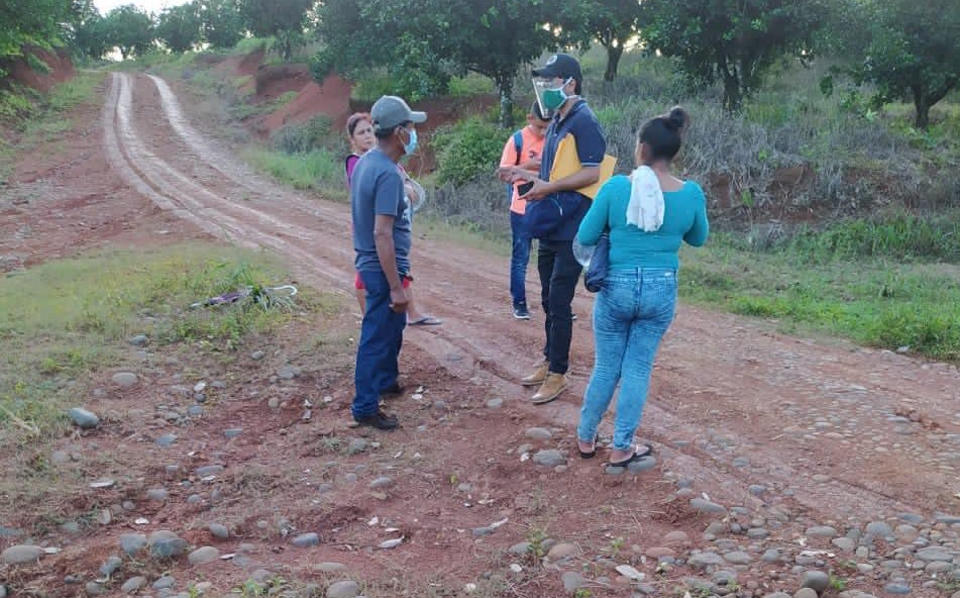 Nicaragua’s economic and political crisis continues to be the motivation for thousands of Nicaraguans to seek refuge and a job in Costa Rica.

The Arias Foundation for Peace (Fundación Arias Para la Paz) recently published an investigation of this migratory phenomenon. The report is entitled, “The face of the exiled: expelled and vulnerable”.

The Foundation’s document presents data gathered between 2018 and 2020. These statistics portray the situation of nearly 80,000 Nicaraguans living in Costa Rica.

According to Costa Rica’s Immigration, the country never stopped receiving asylum requests. The applications continue despite the past year marked by the Covid-19 health crisis.

The study included the participation of 284 Nicaraguan migrants who entered the country during the pandemic, many entering through the 51 blind spots, reported by the foundation, along the northern border, under the alleged complicity of Nicaraguan and Costa Rican officials.

Their testimonies tell the story of their journey to Costa Rica, in search of “a better life”.

“They are people who need to work. They are also worried about their families, for what they left behind. And they have regrets about the quality of life they’ve lost.” So, states Anayanci Espinoza, academic director of the Arias Foundation.

On foot, horseback or motorcycle

The study notes that the migrants enter Costa Rica via irregular (illegal) border crossings. To do so, they cross on foot, use motorcycles, horses, and sometimes decrepit vehicles.

In the northern border, there are only two legal crossing points, Peñas Blancas and Las Tablillas.

Claudia Vargas is the Foundation’s coordinator and program official for Nicaraguan issues. She explained that “the majority of the migration is illegal. It flows from north to south, and there’s no warning that they’re committing a crime. The migrants also don’t realize that they’re being victimized by organized crime when they hire “coyotes” (guides avoid authorities). They don’t perceive this.”

Foundation indicates that the condition of the Nicaraguans asking for asylum are people in very precarious conditions. They live or sleep in the street, they have little to eat or they’re exploited on the job. Many others live in crowded conditions, in cuarterias (rooming houses).

The pandemic has aggravated these unsanitary conditions.

“The majority of the migrants are young, between 17 and 30. Many have some kind of technical or academic preparation. Once here, though, they’ve had to take jobs in construction (for me) and cleaning homes (for women). They’re going through very harsh psychological and economic situations,” Vargas noted.

Consequences of the migration

The lack of economic resources, depression, uncertainty, fear all are the consequences of illegal migration, the Foundation report maintains.

They lack support networks. Their loved ones far away, the xenophobia and aporophobia [fear of poverty and of people of lower economic strata] faced almost daily.

“There’s an emotional problem. They – the migrants – had social status there in Nicaragua. Here, your status drops some 4 or 5 levels,” states the report.

Another aspect that appears different from legal and illegal migration, the latter has greater expectations of returning to their home country.

And for this integration eludes them, never really committing to themselves to their life abroad.

“Exile hasn’t removed them from Nicaragua. Their heart is in Nicaragua, although their body is here. Their heart and mind are there, and they’re actively engaged with everything that’s happening,” described Vargas.

QCOSTARICA - Legislators described the government's arguments for not...
News