DIS Should Not Be “Spying” On People”, Says New Director 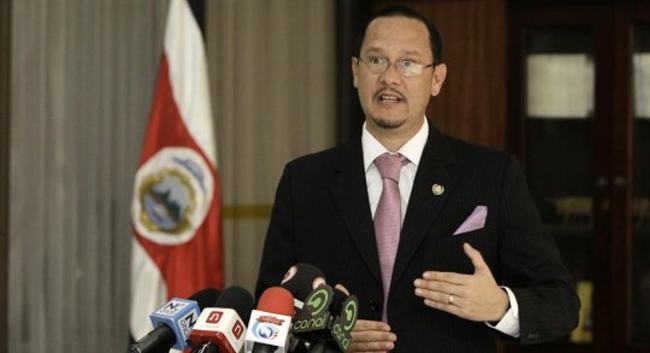 The Dirección de Inteligencia y Seguridad (DIS) is the  intelligence service of Costa Rica, is the public body with the function of informing the president on national security issues. And it is this service, a body attached and subordinate to the Ministerio de la Presidencia, that is at the centre of the presidenta’s private trip to Peru scandal last Saturday.

On Thursday, as part of the house cleaning by Presidenta Laura Chinchilla, Mauricio Boraschi, was removed as the DIS director, replaced by Celso Gamboa, who was the viceministro de Seguridad de Costa Rica.

On Friday, the new director  in an interview with the radio program ‘Nuestra voz’ (Our Voice) defended the work of Boraschi, even though the Presidenta said the night before, on a television address to the nation, that “he (Boraschi) let his guard down in his responsibility to protect and prevent the use of the private plane in question”.

At the helm of Costa Rica’s intellegince service, some call a “spy agency”, Gamboa affirms that “the role of the DIS is to protect national security and not spy or investigate on citizens, as some people believe”.

Gamboa would not elaborate on the private plane scandal that has made national and international headlines this week, simply saying, “there was an error exposing the integrity of the president”.

For the new director of the spy, er, intelligence service, his priority is, he says, to protect the physical integrity and dignity of the president.

The DIS is located in La Sabana, in a grey building with no physical identification at the end (or start) of the ruta 22, across from McDonalds.

The DIS was created on May 14, 1994, under the presidency of José María Figueres Olsen. It has its legal framework regulated by Ley 7410, as body to inform the president on national security matters.

Subsequently, by was of decrees, the govenrment made changes to the role of the DIS, the latest in 2005, under the presidenty of Able Pacehco de la Espriella, defining the DIS as a police force.

The DIS annual budget information is not revealed.

Despite the fact that COVID-19 is slowing down the...
Cartago