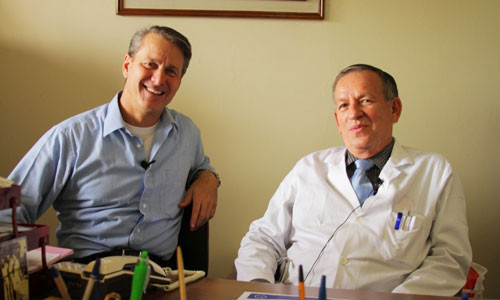 The doctor suspected of coordinating a group that trafficked in organs in Costa Rica promoted his services to transplant kidneys through the internet.

In a video posted on the website WeLoveCostaRica.com, the head of the Nephrology Unit of the Hospital Calderon Guardia, Francisco José Mora Palma, tells website owner Scott Oliver, that a kidney transplant in our country can cost-about-third of the US$25.000 in the United States.

According to Morea, if the patient has a donor, one would have spend between 3 and 4 weeks in Costa Rica to recover from the procedure.

In the interview, on the website that promotes Costa Rica as retreat for foreigners, Mora says he has performed over 550 kidney transplants in his 35 years of experience.

Mora, who was arrested on Tuesday, also said that the transplants were performed at the Hospital La Católica because, he says, is cheaper and has all the necessary equipment and personnel.

The arrest of Mora followed an investigation by the Organismo de Investigación Judicial (OIJ) into alleged trafficking of organs in Costa Rica, as published by the Mexican newspaper, El Universal, last month.

Judicial officials also arrested a woman, a police official with the Ministry of Security, who worked with Mora.

According to the Fiscal General (Chief Prosecutor), Jorge Chavarria, some of the procedures have been performed at the La Catolica and Clinica Biblica hospitals, both private hospitals in San José.