Banana workers in Costa Rica reached their eighth day of strikes against the US multinational Del Monte, which, along with four other companies, controls the worldwide market for the product, reported Telesur. 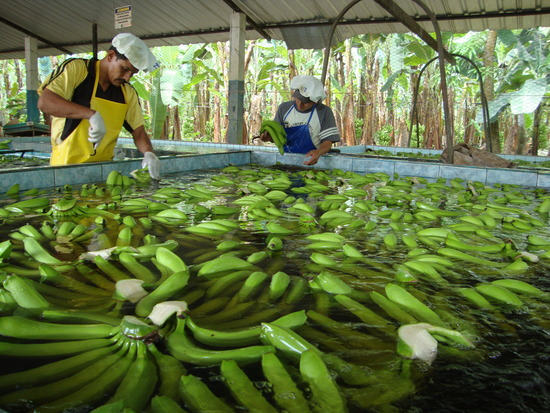 The National Union of workers (UNT) called the different unions in the country to join the strike and to protest on Thursday in front of the Ministry of Labour.

The labour-management conflict began in 2011 when a subsidiary of Del Monte, Banana Development Company (Bandeco), sought and obtained legal authorization to lay off 59 workers for participating in a strike in which they demanded better wages and social conditions.

Following the strike, the company was forced to negotiate a collective agreement that led to banana plantations workers having rights that they had never had before and, according to UNT, the agreement included a commitment from the employers not to retaliate against the workers who had exercised their right to strike.

The ruling, recently notified and carried out, aggravated tensions between the company and its 650 employees.

Bananas are Costa Rica’s main agricultural export product with earnings of $822 million in 2012.  Half of their production was sold in the European Union (EU).

QCOSTARICA - If it is proven in a final judgment that they did pay bribes to Conavi officials, several companies could be disqualified from...
Travel