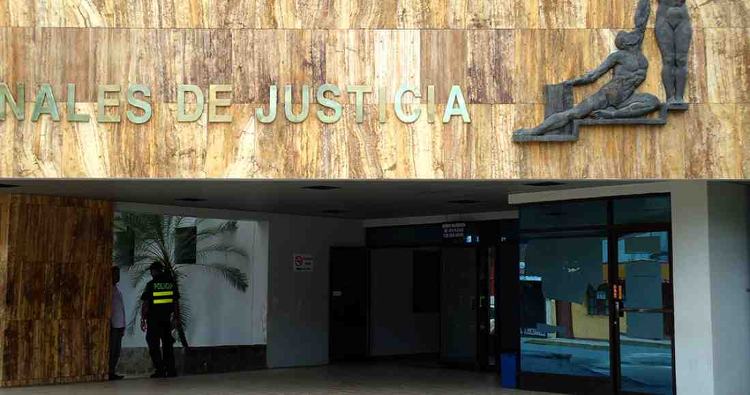 COSTA RICA NEWS – The Criminal Court in Goicoichea Friday sentenced Dr. Flor Maria Lopez to three years in jail for “illicit enrichment” for occupying two posts in government simultaneously. She worked for the Social Security administration while being contracted to the Costa Rican Post Office.

Meanwhile, a judge accused of sexual harassment on six occasions and dismissed by a historic vote of the Legislative Assembly broke his silence in an interview with the nation’s largest newspaper, La Nacion. In it, ex-judge Oscar Gonzalez defended his actions with a woman judge,

The ex-magistrate described himself in a rather Horatio Alger way, relating how he was admired for the way he worked himself up from a modest background to a position of respect but fell from “being a hero to being a villain.”

Gonzalez, 52, was accused of not only sexually harassing a subservient judge, Prescila Quiros, but in raping her six times. Despite the fact that he may stand trial for rape in criminal court, he says that he feels he can overcome the setbacks and again climb to the bench.

He describes Quiros as an ex-student of his with whom he had an adult and consensual sexual relationship and both was respected by her and respected her. Although he claims to carry no rencor toward her, he describes a scheming woman who used him to further her career.

H described his relationship with Quiroz as “perfectly normal” although extramarital, lasting off and on six to eight years. He naturally, presents himself as a victim. He said he could not recall a single instance of verbal or physical aggression.

As presented in Quiros’s accusation, Gonzalez began the harassment after she decided to break off the romance. He categorically denies this and said the only proof against him of harassment were two phone calls made during a year span. He says that the lawmakers’ rush to judgment is based on her testimony only.

Although he was open in his defense during the interview, he remained silent before the lawmakers who, alone, had the power to remove a sitting judge. A judge for 30 years, Gonzalez said he depended on fairness but found only injustice.

He denied that he traded his help in furthering her legal career in exchange for sexual favors and claims he was surprised by her rapid climb to become a magistrate. But Gonzalez implies that she sought him out to further her advancement in the judiciary.

Since her accusation, he maintains, “My life has in nearly all its facets had a radical turn as has those of my children, my wife, mother and my siblings.” He says he is still search for an explanation without finding one. He passes off his infidelity as an “inconvenience” to his wife while observing that “no relation is perfect.”

Comment: In the spirit of journalistic fairness, since we reported the dismissal of the ex-judge, we present this summary. To our bilingual readers, we urge them to read the La Nacion interview. However, we would like to note that Gonzalez gives no apology for his betrayal of his wife for six or eight years.

It is to be expected that someone accused of rape alleges that the sex was consensual. Moreover, although he portrays his accuser as a calculating woman, he denies having aided her rise in the judiciary. This seems to us to be a contradiction, although we can make no judgments.

QCOSTARICA - The community of Tambor in Cureña de...
Disasters

QCOSTARICA - The number of people in shelters, due...