Doctor of the Calderón Guardia: ‘On this stretcher lies a deceased by COVID-19, it is not a statistic ‘

"I did it to raise awareness ... an attempt to make people understand the serious consequences of the disease and the reality of this pandemic"

(QCOSTARICA) The image is impacting. Dr. Alejandro Moya Álvarez posted on social networks the photo fo two health officials standing next to a stretcher on which is the body a COVID-19 victim.

“On this stretcher lies a deceased by COVID-19. This person is not a statistic, he had family, children, brothers, and sisters who loved him, he had dreams and hopes. He was also productive in society and gave his contribution to Costa Rica that we have today.

“This is the reality of a disease that exists and that is getting worse, there are not only 30 dead (36 as of Monday night), THERE ARE 30 FAMILIES CRYING FOR THEIR PARENTS, MOTHERS, AND BROTHERS. 48 hours ago we spoke with him, we listened to his fears and we told him that everything was going to be fine.”

That was the message the doctor at the Calderón Guardia Hospital wrote with the photo. 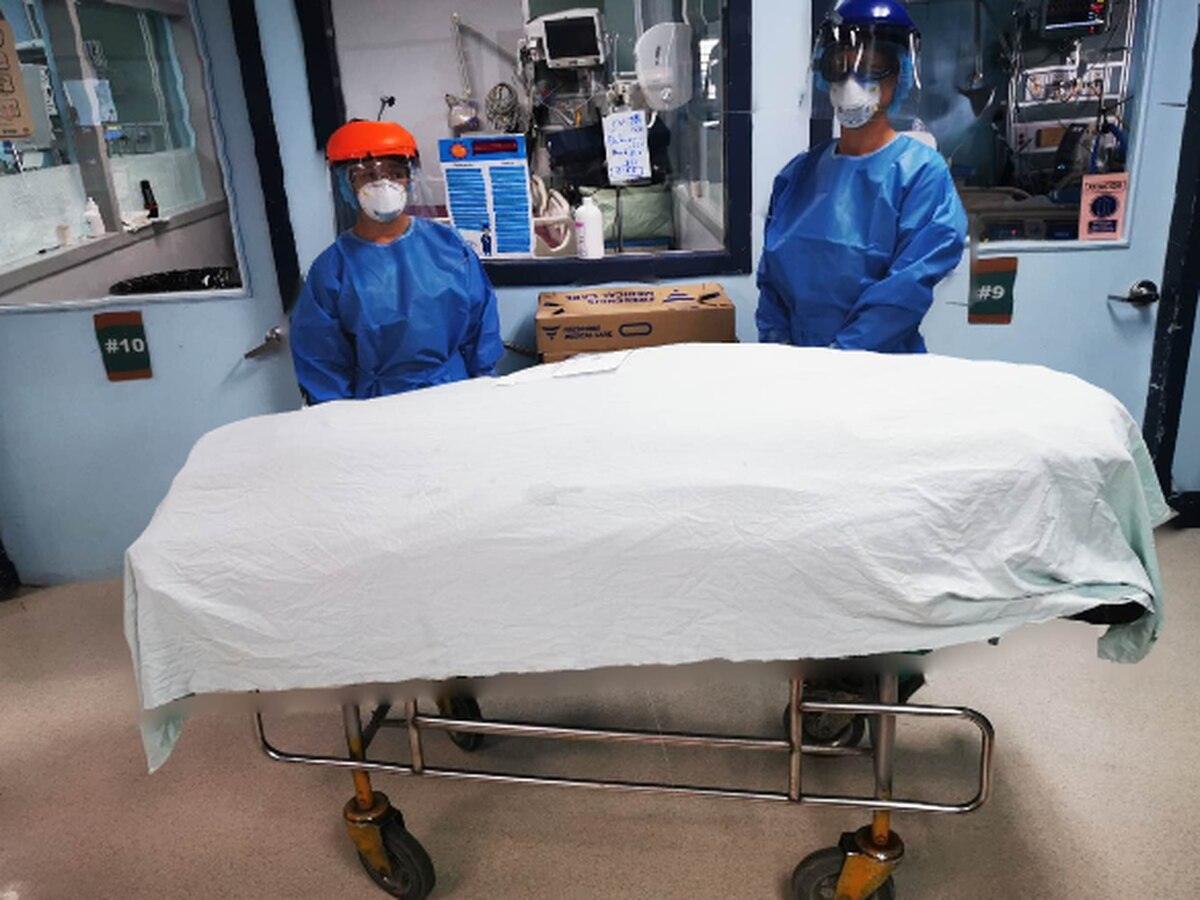 The doctor explained that he decided to make the publication in an attempt to make people understand the serious consequences of the disease and the reality of this pandemic.

“I did it to raise awareness, because there are people who believe that this is a game, who are probably immune and absolutely nothing will happen to them, who do not use protective measures, do not maintain social distance or do not follow the recommendations of the Ministry of Health; they think there is no need for that,” Moya said in an interview.

Costa Rica is currently facing an increase in the number of infections, hospitalizations and deaths from COVID-19.

As of Tuesday, there was a cumulative of 8,482 cases, of which almost 6,000 were active, that is, with the ability to infect.

Meanwhile, the death toll reached 36 fatalities, six of them confirmed on Monday; 15 deaths in 8 days.

As for people hospitalized, the report on Tuesday counted 171, 27 of them in intensive care units.

“One would expect people to have some awareness and realize that we are experiencing a very serious situation, not only from the point of view of health, but from an economic point of view.

“With this publication, what we are trying to say is that, while the health personnel work, they take risks and often even feel discouraged because this disease is very difficult to treat; one sees how patients deteriorate very quickly.

“It can’t be that a ‘carajo’ (idiot) says in public that this is a government invention to manipulate us, because it is very annoying and frustrating, a lot, lot of frustration,” added Moya.

Last Monday, a small group of people protested in front of the Casa Presidencial in Zapote, with slogans assuring that the pandemic is an invention of government authorities.

On Monday, the minister of Health, Daniel Salas, said, “It is painful to hear different messages that have been circulating on social networks, even with all the families who are suffering and that could be many more.

“Right now, we could have a lot more deaths if we hadn’t done things the way we have. It is painful to see messages that indicate that there is no pandemic, that this is a made-up matter or something to get control”.

QCOSTARICA - The United States has eased travel advisories for most Central American countries, with the exception of Costa Rica and Nicaragua, according to...
Politics