The president of Congress is evaluating if it can force Melvin Núñez to get vaccinated, the only legislator who has not been vaccinated.

QCOSTARICA – A storm has been brewing in the Legislative Assembly in the last couple of days over if it will be mandatory to vaccinate all legislators against Covid-19, including Melvin Núñez. 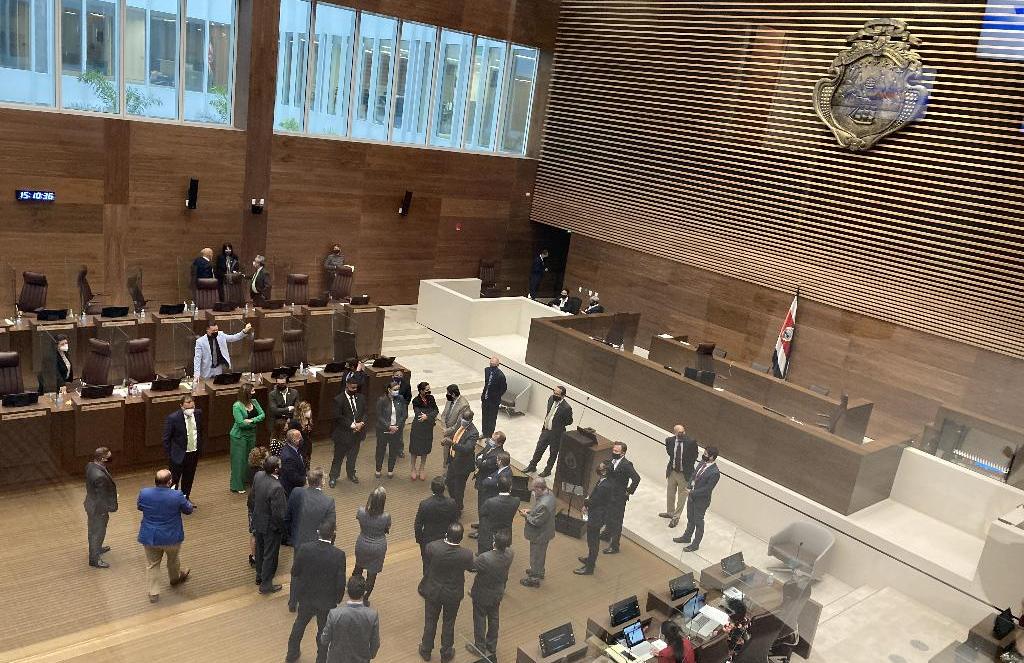 The debate arose following the decision by the Ministry of Health to the mandatory vaccination of public sector employees.

According to Silvia Hernández, president of Congress, all officials, including legislators, should be vaccinated to avoid outbreaks of Covid-19 in the Legislative Assembly.

“From the Presidency of Congress, I join the call to promote vaccination against Covid-19 and use the tools available to encourage it. For many months we hoped to have enough vaccines (…) Given the criteria given by the Ministry of Health that the vaccine is mandatory for public officials, who are part of the legislative directory agree to ask the institutional legal advice, a criterion on the scope of the measure, emphasizing its implementation; likewise, it is requested to consult the TSE to verify the scope of these measures for the legislators, “said Hernández.

In the case of Núñez and any other legislator, he is covered by a special jurisdiction, so it was decided to go to the TSE.

Núñez is an opponent of the vaccine and on several occasions, he has pointed out that the vaccine is of no use, the immunization process is an experiment, despite the fact that he tested positive for Covid-19 on September 7, he was hospitalized in the Monseñor Sanabria in Puntarenas and later transferred to the Hospital Nacional Psiquiátrico in Pavas, San Jose, for complications. Núñez returned to Plenary on Monday, September 27.

“We are not Rats” Núñez expressed his annoyance against vaccination in Facebook messages. “It seems irresponsible to me that the Ministry of Health wants to force vaccination of public employees and insists employers to force others to get this experimental vaccine, Mr. Daniel Salas, we are not laboratory rats, we have more than 90% compatibility (with the rodents), but we are not rats,” he said. “Expect human rights lawsuits and multiple complaints,” he added.

Núñez is the only legislator in the plenary who has not been vaccinated.

The Sala IV, as the Constitutional Court is often referred to, confirmed the constitutionality of compulsory vaccination in the country; The magistrates recalled that since October 9, 2020, in resolution 19433-2020, the Court made it clear that vaccination was mandatory.

The decision on Tuesday by the Ministry of Health to mandatory vaccination of all public servants and optional for employers of the private sector mandating vaccination of their employees, is within the guidelines of the Constitutional Court decision last week, when it declared without cause 13 appeals for protection filed by health workers to avoid doses.

QCOSTARICA - Costa Ricans or foreigners who wish to go as...
Read more

QCOSTARICA - The teams of the Caja Costarricense de...
National