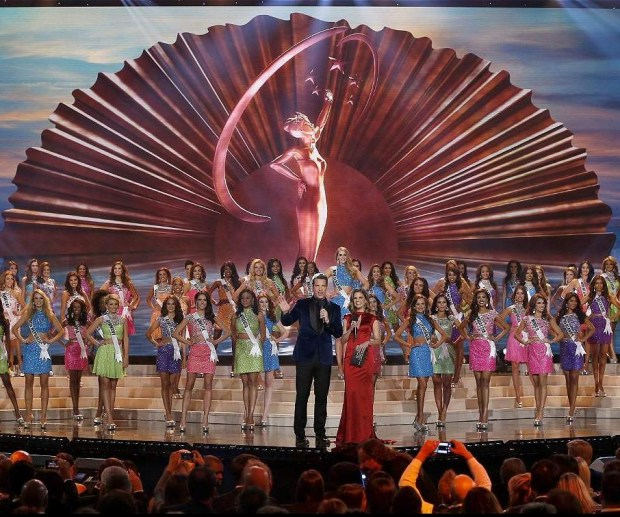 (COSTA RICA EXTRA) – Donald Trump’s offensive remarks about Mexicans has led the Univision, the biggest Spanish-language broadcaster in the United States, to drop the Miss USA pageant, an event partially owned by Trump.

Last week, in his speech announcing a run for president, Trump deplored immigrants from Mexico who “have lots of problems” and are “bringing those problems to us.”

Trump, in his speed said Mexicans bring drugs and crime to the U.S, “they’re rapists,” he said, “and some, I assume, are good people”.

On Fox News Trumps says he stands by his statement. “I love Mexico, I love the Mexican people,” he said.

Reacting to Univision’s announcement, Trump said he will sue for refusing to carry the Miss USA pageant. “I’m going to have to sue Univision now… They have a signed contract,” he said. At another point Trump said, “They’ll have to pay me a lot of money.”

“At Univision, we see first-hand the work ethic, love for family, strong religious values and the important role Mexican immigrants and Mexican-Americans have had and will continue to have in building the future of our country,” Univision said. “We will not be airing the Miss USA pageant on July 12 or working on any other projects tied to the Trump Organization.”

In Costa Rica, it is not clear if Teletica, the owner of the Miss Costa Rica franchise, Costa Rica’s representative in the Miss Universe pageant, will air the event.

QCOSTARICA - The contagion rate of covid-19 once again...
Economic Recovery