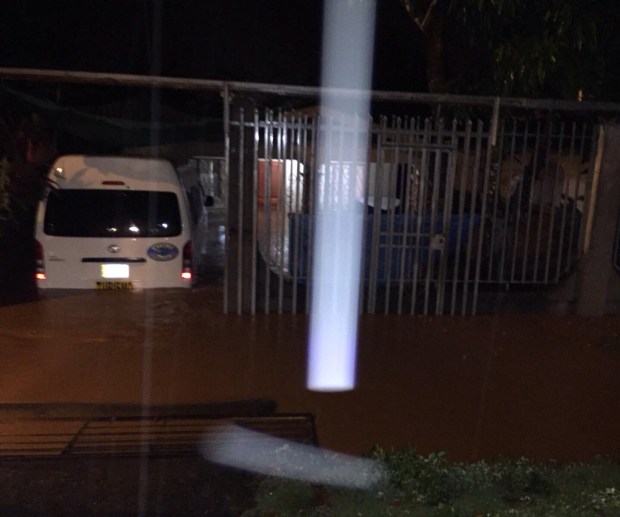 QCOSTARICA – At least a dozen, among then seniors and children, were left homeless Sunday night at heavy rains flooded parts of Jaco centro.

Residents of La Amistad de Jaco say it rained heavy for at least two hours, when around 6:00pm, within minutes water levels rose and flooded at least 15 homes.

“From six o’clock in the afternoon there was heavy rains accompanied by thunderstorms and wind,” said Gerardo González, the area’s Cruzrojista (Red Cross worker).

After the storm, it took almost an hour for the waters to recede and clean up to start.