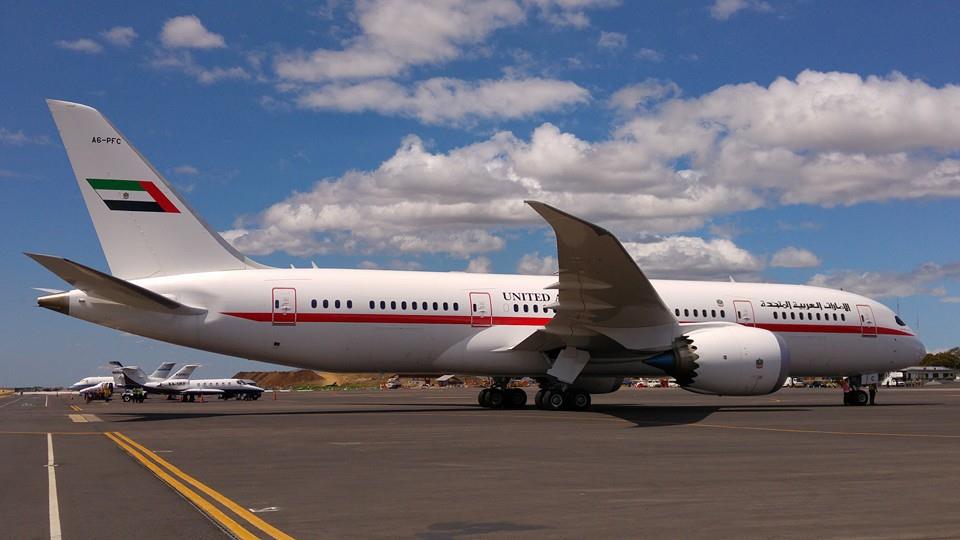 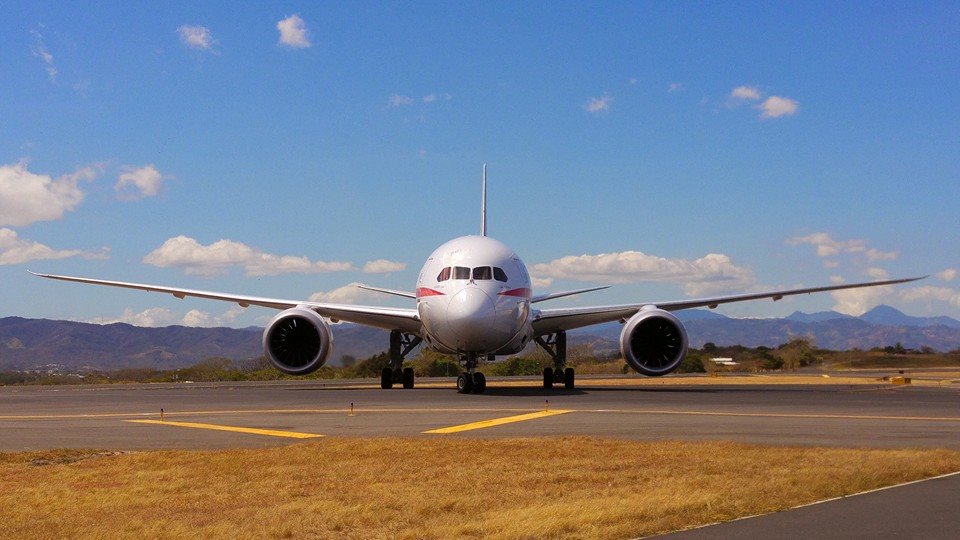 This is a photo of the arrival of the first “dreamliner” at the San Jose airport, arriving as expected shortly after 11:00am Friday, with a flag of the United Arab Emritates (UAE) on its tail.

What is so significant? One, the B787 is a relaltively new aircraft and two, it is a positive sign of Costa Rica’s ability to attract foreign investment, and marking an important milestone in relations between Costa Rica and the UAE.

If you’re into plane spotting, the Facebook page SJO Planespotting, says it is rumoured that on Friday, Feb. 12, around 11:00am, arrived the United Arab Emirates Minister of Foreign Affairs in a Boeing 787, known as the “Dreamliner”.

This itype of airplane is a rare sighting at the San Jose at the (SJO) airport.

The visit to Costa Rica is part of visits to other Latin American countries.

The perfect place to spot the plane is on the east and southeast end of the runway of the San Jose airport. The parallel road to the south of the runway could also be a good plane spotting location. If you are one of the lucky few to have contacts with the airport police and other services personnel, the airplane will likely be parked at Base 2 at the west end of the airport.

A caveat, the information here is provided purely for the purpose of sharing and based on information gathered from media and not one particular person and change is possible due to the type of visit.

- Advertisement -
Paying the bills
Previous articleOIJ Publishes Photo Of Deceased Man’s Boxer In Attempt To Identify Him
Next article[BLOG] Thank You Mr. Trump; Now Will You Please Go HOme!

QCOSTARICA - With three major objectives for the growth...
Latin America