‘Drifting’ Accident Raises Concern For The Sport In Costa Rica

Four people were hurt during a ‘drifting’ event in the Terramall shopping center on the east side of San Jose. 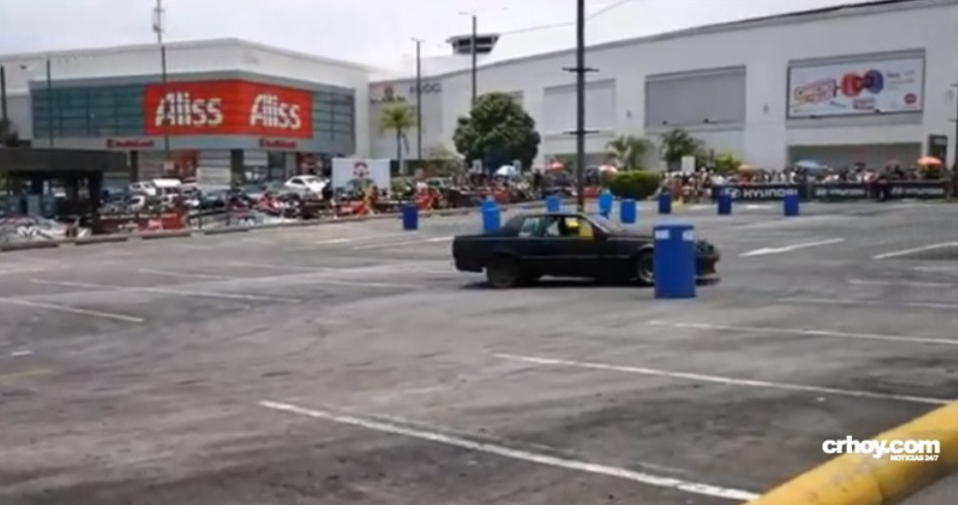 According to the manager of the mall’s marketing department, Pamela Rodriguez, the four people injured during the event, when one of the drivers lost control of his vehicle, required to be taken to hospital. 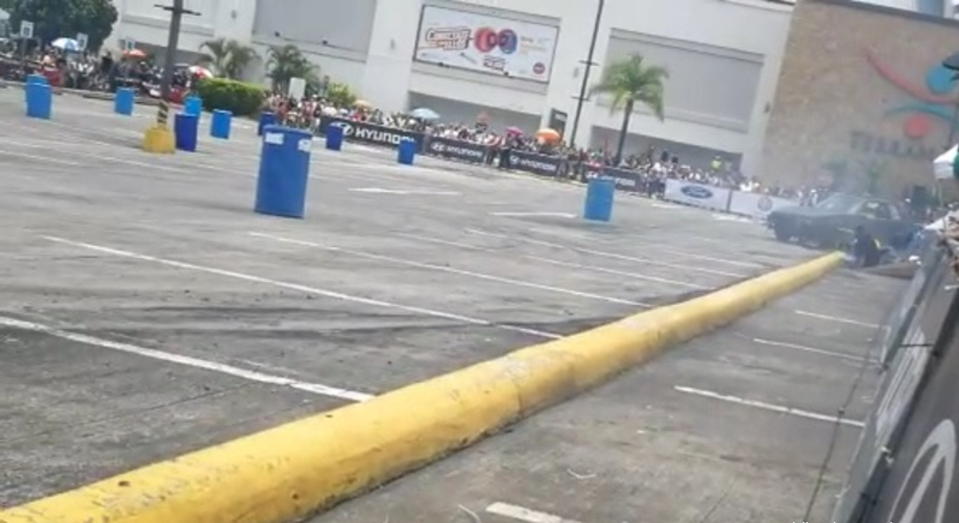 Among the injured were three visitors and one event organizer staffer.

“As well as the foreign champions in the sport that visited us today, the organizer Do It Motors, presented to the administration all the (insurance) policies that were requested, extinguishers and contracted ambulances, etc”, added Rodriguez.

The manager said that spectators were asked to keep their distance. The security measures included a rope to divide the spectators from the vehicles.

For its part, the Asociación Deportiva Drift (Adrift) – Drift Sports Association – said it strongly opposes this type of event without the necessary guarantees or professional supervision, so as not to jeopardize the safety of the public and drivers.

The association said the Terramall event is different from drifting.

(Wikipedia) Drifting is a driving technique where the driver intentionally oversteers, with loss of traction in the rear wheels or all tires, while maintaining control and driving the car through the entirety of a corner. Car drifting is caused when the rear slip angle is greater than the front slip angle, to such an extent that often the front wheels are pointing in the opposite direction to the turn (e.g. car is turning left, wheels are pointed right or vice versa, also known as opposite lock or counter-steering).

As a motoring discipline, drifting competitions were first popularized in 1970s Japan, and today are held worldwide and are judged according to the speed, angle, showmanship and line taken through a corner or set of corners.

QCOSTARICA - Costa Rican President Carlos Alvarado is just another citizen when it comes to covid-19 vaccination, given his young age and good health,...
Environment

QCOSTARICA - When CR was so beautiful, healthy, and safe! No motorcycles. No loud cars. No billboards. No traffic. When everyone walked to a pulpería,...
HQ

QTECH - Whether due to the global economic crisis caused by the Covid-19 pandemic or due to shortages of electronic components, raw materials, factory...
Tourism