Drugs and Trafficking Behind Death of 15 Foreigners in Medellin 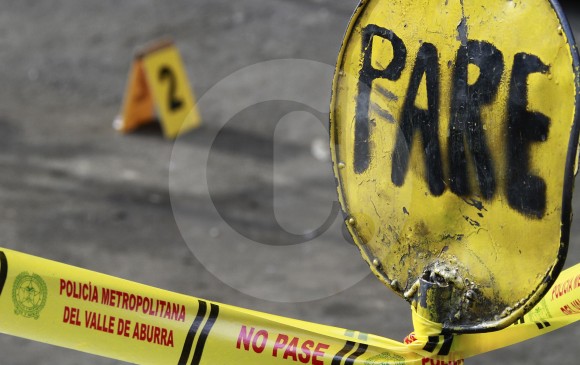 TODAY COLOMBIA – In the Medellin morgue lies corpse a foreigner who was kidnapped at the end of October in a Poblado commercial centre. According to the outgoing commander of the Metropolitan Police, General José Gerardo Acevedo, the case is related to the collection of money by drug trafficking networks.

He added that, apparently, this person was a bridge between drug traffickers from the United States and Medellín.

The body was found buried, without documents, last December 16 in a wooded area of ​​the Santa Elena district, bordering with Santo Domingo in northeastern Medellin.

In the past year, in Aburrá Valley and the municipality of Santo Domingo, 15 foreigners have been killed: nine homicides and 6 drug overdoses.

This month (December) alone the total of foreigners killed in Medellin is up to four.

Though most Americans (gringos) believe they are being targeted, the data shows that it is not the case. Among the murdered foreigners are nationals from Mexico, Venezuela, Denmark, Australia and Japan.

Jaime Mejía, Medellin councilman, has denounced the arrival in the city of criminals who have ties to the sexual exploitation of minors, trafficking in people and drug trafficking networks, camouflaged among tourists

ejia said that the Australian national found dead Porcecito, had been living in El Poblado for a year and was not did he have a criminal record in his country, he apparently ran sex tourism companies in Cartagena and Medellín.

The councilman said is being investigated whether this individual, the Australian, had links to the American known as “Jake”, ho headed a network of pimps, using girls and adolescents, captured by the Medellin in early July 2016, in El Poblado

Councilman Mejía said that it is time for the local (Medellin) authorities, the national police and immigration in Colombia to filter visiting foreigners and for “stricter controls, at least at the international airport, otherwise these crimes will continue to increase.”

Mejia recalled of the case of the Australian backpacker, operating under the alias “Douglas” who overnight, through web pages, set up his sex tourism business of renting luxurious apartments and houses for prostitution and drugs.

QCOSTARICA - What will happen to the expansion of...
Infrastructure