Dutch Businessmen May Compete With Chinese For Interest in Nicaragua Canal

TODAY NICARAGUA NEWS – (Prensa Latina) Dutch businessmen expressed their interest to invest in Nicaragua and participate in the project for the construction of an interoceanic canal, whose final route was announced last July, it was reported here. Referring to the group, consisting of 12 companies, the ambassador of that European nation in the region, Mette Gonggrijp, said that this is a first mission to learn about the water sector in Nicaragua, the waterway, and exchange information. 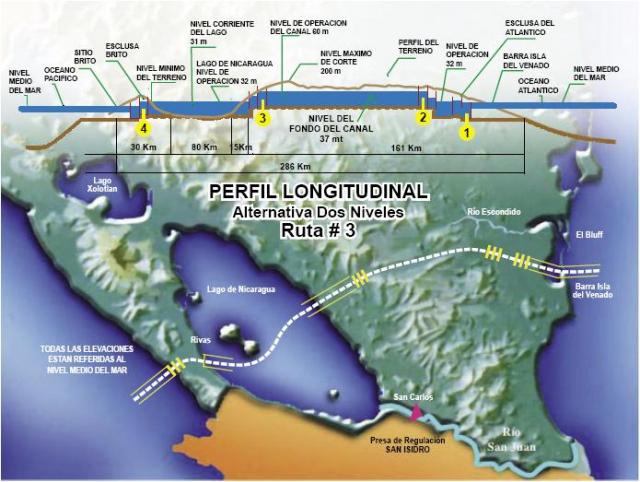 According to the presidential secretary for Public Policy, Paul Oquist, visitors met with the Interoceanic Canal Commission and Nicaraguan authorities, and received a comprehensive presentation about the National Human Development Plan.

He stressed that Dutch companies have capability and experience in dredging, management of port terminals, maritime education and training, and port security to solve problems like oil spill.

According to authorities, the canal will be approximately 278 kilometers long, of which a 105 stretch will be on Nicaragua Lake.

It will pass through the mouth of the Brito river, in the southern department of Rivas, about 100 kilometers from the capital, it will cross the lake and will go over the areas near the Tule River to the mouth of Punta Gorda river.

The work will not only include the construction of the canal, but encompass other spin-off projects: an airport, several roads, a free trade zone, resorts and two ports, one on the Pacific side and another on the Atlantic.