Each Candidate Claim To Be The Best Option For Voters 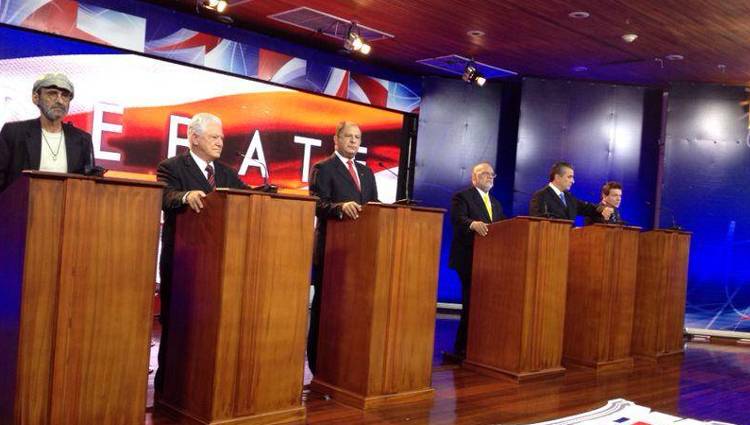 Sunday night was the first of two political debate of presidential candidates organized by the Tribunal Supremo de Elecciones (TSE), pitting six candidates against each other, all seeking votes for the February 2 elections.

Differing in reasons, all candidates told voters that they are the best option for president.

Some claim political experience, others their integrity and others for their plan for governing. In the end, the 2014 campaing is one of the most diverse and larget number of proposals in many years, for Costa Ricans to choose.

Questions posed to the presidential hopefulls range from issues of poverty in the country, to the soruce of wealth, the health system crisis, equal marriage an in-vitro fertilization.

There were also revealing confessions, like that of Otto Guveava, who declared himself a Christian and Carlos Avendaño who assures voters the political left wants an atheist state.

The candidates were largely applauded, while one group booed Avendaño.

In the end, however, voters were left with some clear and concise proposals, others general in nature and some even confusing.

Besides answering questions, the candidates had time to define why they should be elected president.

- Advertisement -
Paying the bills
Previous articleQTOONS: Counting Down The Days
Next articleBallot Test In Latin America This Year

QCOSTARICA - The party for 200 years of independent...
Politics