Earl Upgraded To Hurricane As It Nears Belize 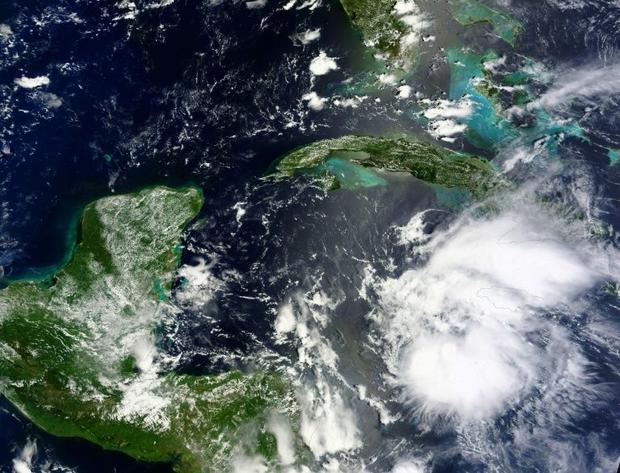 (Q24N) Earl has been upgraded to a hurricane as the system bears down on Belize, threatening flash floods and mud slides.

The U.S. National Hurricane Center in Miami says Earl had top sustained winds Wednesday of 75 mph (120 kph). It was moving west at 14 mph (22 kph) toward Belize and was about 150 miles (240 kilometers) east of Belize City.

A hurricane warning has been issued for the coast of Belize. A tropical storm warning is in effect for the Honduran coast.

Forecasters said Earl was threatening to bring heavy rains, flooding and high winds to Mexico, Belize and Honduras, and was likely to blow past Honduras’ Roatan Island, a popular tourist destination, on Wednesday afternoon.

Honduras, which issued a red alert, reported the advance fringe of Hurricane Earl was hitting its northern coast, but there was no emergency reported as yet. Airports in the region were closed.

The eye of the hurricane was still out to sea and moving westwards at a leisurely pace.

Earl would lose force as it moved farther inland, across Belize and a northern rural part of Guatemala and into southeastern Mexico.

Guatemala in particular is prone to rainy season flooding and mud slides that often prove fatal.

Its population, at 16 million, is vastly bigger than Belize’s 330,000, though Earl was to move across Guatemala’s less inhabited north.

Mexican authorities said the southern states of Campeche, Quitana Roo, Tabasco and Yucatan would be affected by Earl and issued a yellow alert.

Mexican tourist resorts to the north, including in Cancun and Playa del Carmen, were operating almost normally, though with heavy showers.