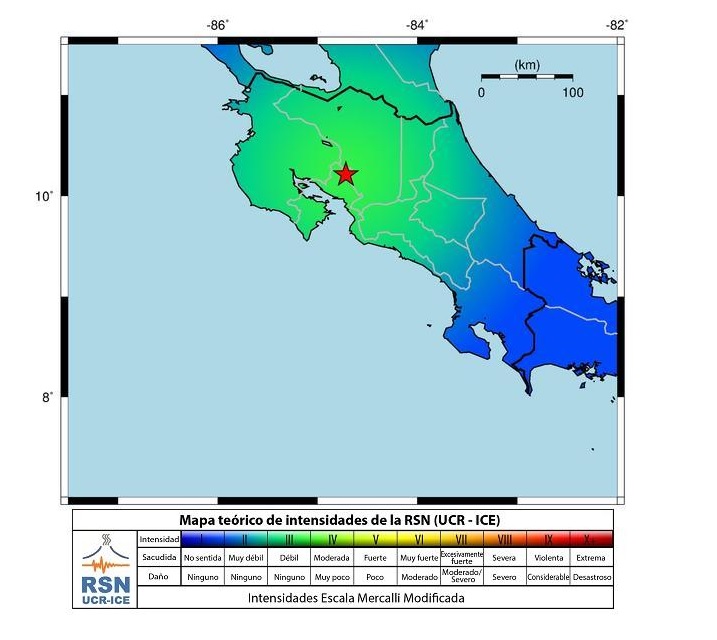 QCOSTARICA – An earthquake shook the Pacific coast and Central Valley at 1:33 am Tuesday, with the epicentre located  in Puntarenas.

Despite the difference in reported, both located the tremor, caused by a subduction of the Cocos Plate, at a depth of 75.6 kilometres near Acarincia and Union de Puntarenas, near Miramar, in the province of Puntarenas.

The tremor was left in most of the Central Valley, Naranjo, Palmares, Miramar, Sarchi, Acosta, Grecia, Jaco, and Aserrí.