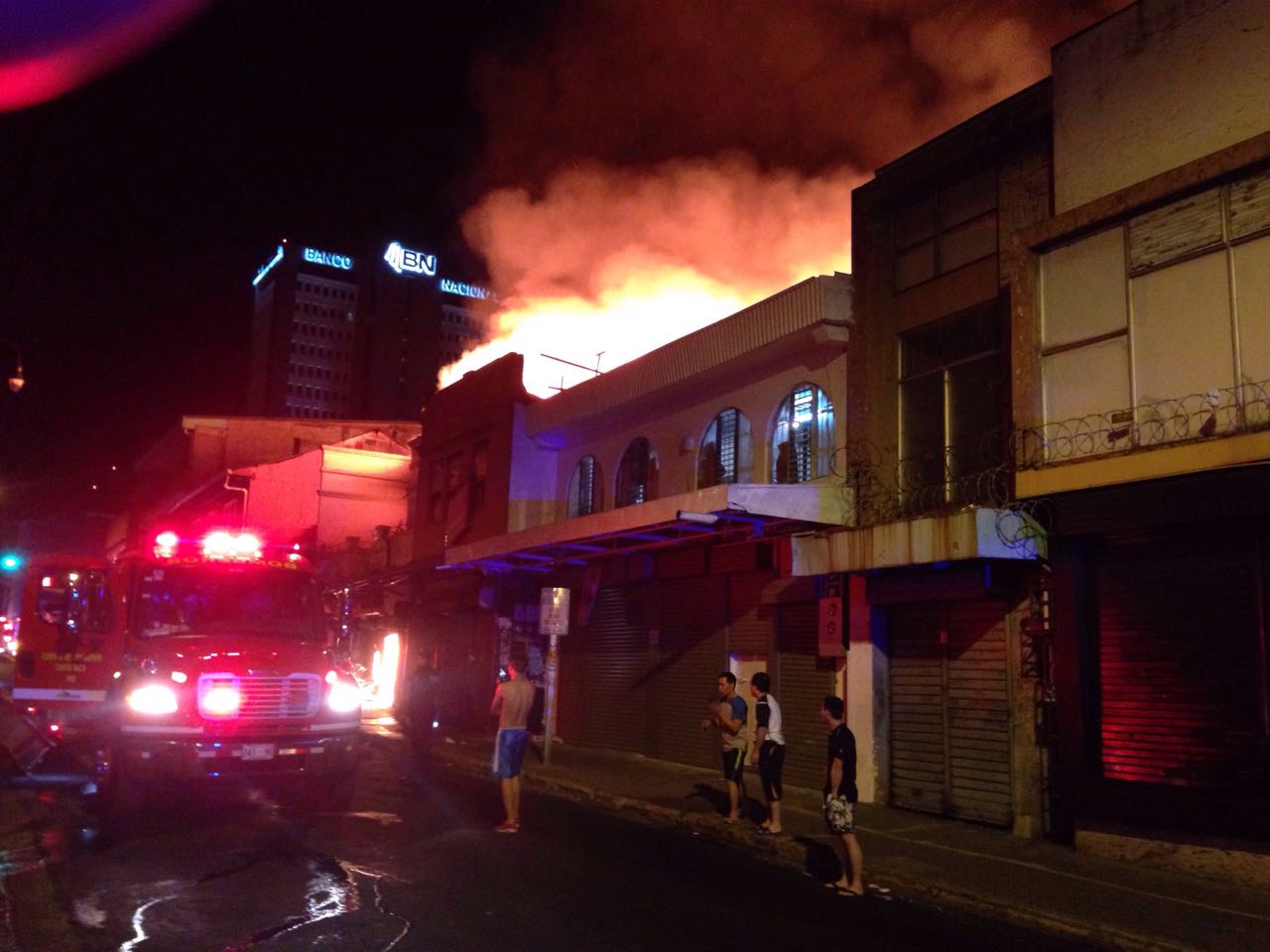 (QCostarica) Six structures were consumed by flames in early hours of Saturday in downtown San Jose. No casualties were reported in the fire.

The emergency started at about 2:15am when the bomberos (fire department) was called to a fire 150 metres north of Correos de Costa Rica (post office).

Luis Salas, fire chief at the scene, explained that among the businesses affected were two bars, a bakery and a supply store.

Some 60 firefighters  from different fire stations worked to control the fire. 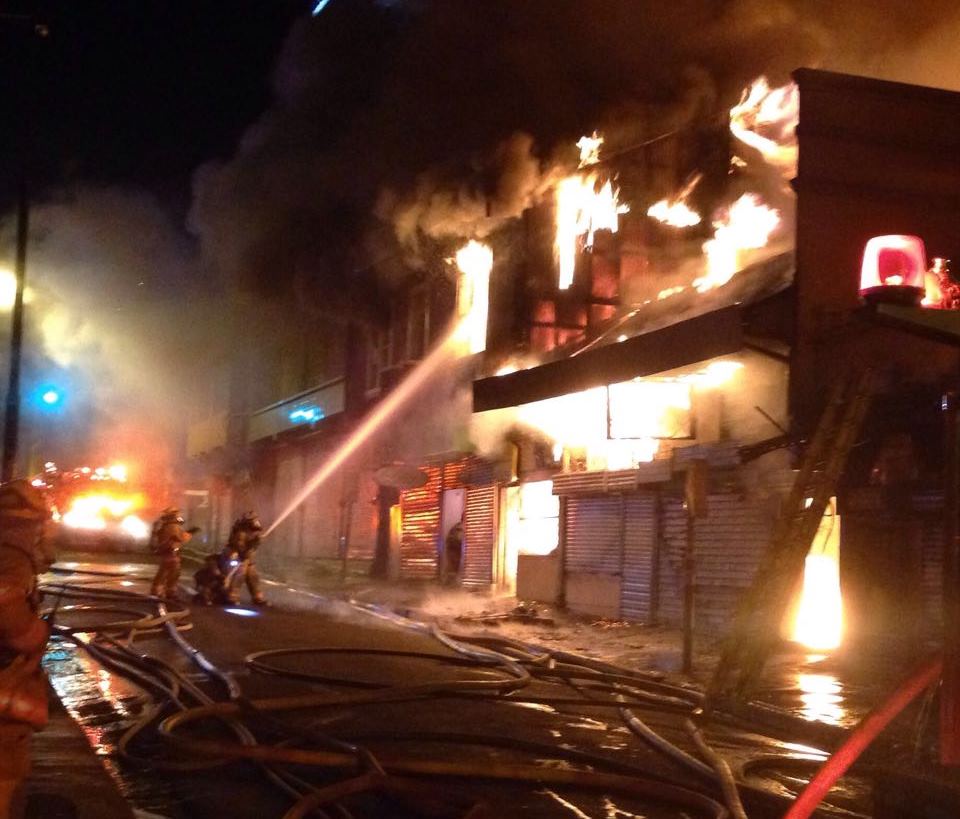 The official said the initial call was of sparks and smoke coming out of a bar and that fire investigators are now looking into the origin and cause.

One of those affected by the fire is Gerardo Casasola, who four months opened his soda (small eatery) that is part of the six structures consumed by the flames.

“I lost almost everything. When I arrived there was nothing to do, was all consumed,” Casasola told La Nacion.