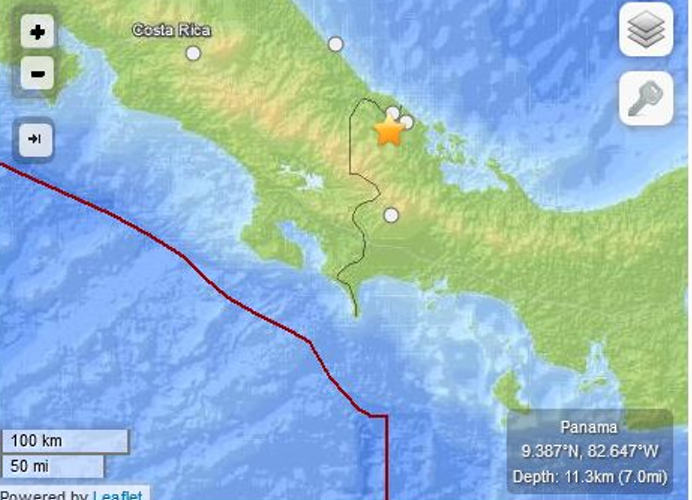 A moderate earthquake with a magnitude of 5.6 on Monday struck the border region of the contiguous Central American nations of Panama and Costa Rica, the U.S. Geological Survey said, but no damage was immediately reported. The Observatorio Vulcanológico y Sismológico de Costa Rica (OVSICORI) puts the quake at 6.0.

The quake had a relatively shallow depth of 11 km (7 miles) and felt many areas of the country, including the Central Valley.

Costa Rica’s National Emergency Commission (CNE) said no injuries or damages were reported, a spokesman for the commission said.

In Panama, the country’s leading newspaper, La Prensa, quoted the director of the national civil protection service as saying that no damages or injuries were immediately reported in his country from the pre-dawn quake.

Its epicentre was about 12 km (7 miles) southwest of Guabito, Panama and about 79 km (48 miles) southeast of the Caribbean port of Puerto Limon in Costa Rica.

- Advertisement -
Paying the bills
Previous articleCosta Rica Back Drop For “After Earth”
Next articleTobacco 1, Salud 0