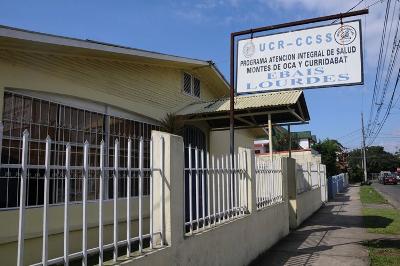 Personnel at 45 EBAIS clinics in Montes de Oca, La Union and Curridabat intend to go out on strike Thursday, to protest the transfer of administration from the University of Costa Rica (UCR) to that of Universidad Iberoamericana (UNIBE).

EBAIS are clinics set up by the Social Security system (Caja) and contracted out to private sources for their administration. They attend chronic and routine medical conditions that do not need the services of a public hospital or clinic and are more convenient for poorer patients because they are closer to their homes.

The national newspaper La Nacion reported that, according to the secretary of the UCR Employees Union, Rosemary Gomez, these striking medical facilities would only maintain staff to treat emergencies on Thursday. The rest of the staff will march in protest along with other unions such as APSE, ANDE, Undeca and Foro Nacional.

The UCR union is protesting removal of the medical facilities from administration of the public UCR in order to put it under the direction of the private university. The plan would also include elimination of nine of the EBAIS. Moreover, the union is going to court to try to overturn the process of direct contracts with private institution.

Late last year, the administration of UCR said it would not renew its contract to run the 45 EBAIS due to the losses it was absorbing on the deal. The deadline for UCR withdrawing from the contract was extended, while the Caja worked out a deal with Iberoamaricana.

For a time, it appeared that the country would lose a part of the universal health care system at the grassroots of its health system if the EBAIS were closed. The Caja board has warned it is unable to take on the burden of administration which is why the direct contract system was developed for EBAIS.

Many poor patients with chronic illnesses such as diabetes protest that closing the EBAIS will cost them more to commute to clinics farther away from home, if even one of the clinics is closed. Recently a solution has been floated to finance the EBAIS through government donations instead of Caja contributions.

UNIBE is due to take over 36 of the clinics when the Caja-UCR contract runs out in February of 2014.