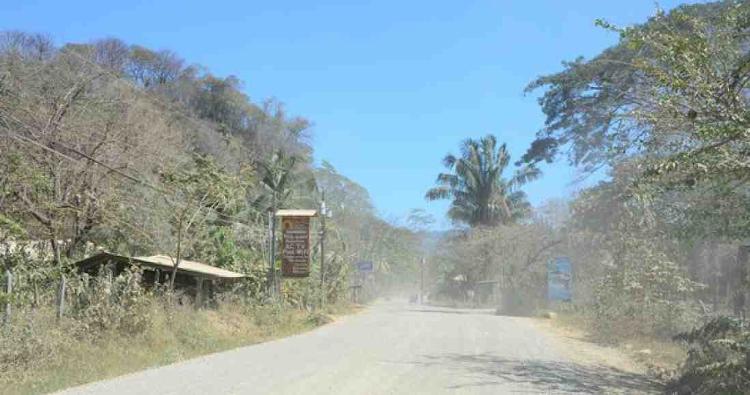 Remarks like this one reflect annoyance with the crazy ways people race down the roads, focused on having fun and disregarding the havoc they may be reaking by kicking up a storm of dust on dry gravel roads and increasing the risks of a collision.

But tourists aren’t the only ones to blame. With more money flowing through the area, it’s party time for Gringos and Ticos alike, adding another dangerous factor to the hazards on the road: drunk driving. According to the Judicial Department of Planning, deaths from traffic accidents in Costa Rica represented the leading cause of violent death in 2011, and according to the report, the cantons of Guanacaste with the highest amount of accidents are Nicoya and Santa Cruz with 21.8% and 18% respectively.

In addition, the report noted that Saturday and Sunday are the most common days for this type of violent death, accounting for 39.6% of these incidents, which equates to 235 deaths. No need to read between the lines to understand that it is precisely during the weekends when more alcohol is consumed.

According to Carlos Villalobos, head of the Red Cross in Nosara, during the last weekend of November and the first two weekends of December of 2013, they responded to traffic accidents each weekend between 6 and 7 p.m., all linked to drivers under the influence of alcohol.

Recently some people in Nosara, concerned about the large amount of dust in the air and the speed with which vehicles drive by, took it upon themselves to put speed bumps along a gravel road.

However, this action was condemned by other neighbors, who argue that the speed bumps could cause more accidents at night when they aren’t seen, so the Municipality of Nicoya removed them (see Speed Bumps Not Recommended on Gravel Roads ).

The solution is much simpler and much more complicated than installing speed bumps. The solution is to drive responsibly, slowing down when passing a bicyclists or people walking on the road, and if you’ve been drinking, being responsible means NOT driving. It’s that simple.

But the complicated part is how to get people to be responsible when they are on vacation or partying it up on the weekend. How do we do that? Can we force them to stand in front of one of the houses on a gravel road, inhaling the dust for hours as cars pass by? Or put them on a motorcycle following behind a truck that’s kicking up dust into their faces? Or can we introduce them to the family of Erick Ramirez Brenes, who died in December when he drove his motorcycle through a ditch into a wall, presumably under the influence of alcohol?

Please, we beg, when you get behind the wheel and turn on the engine, think of the consequences and drive conscientiously.