Educators Took To The Streets Today, Vow To Return Tomorrow 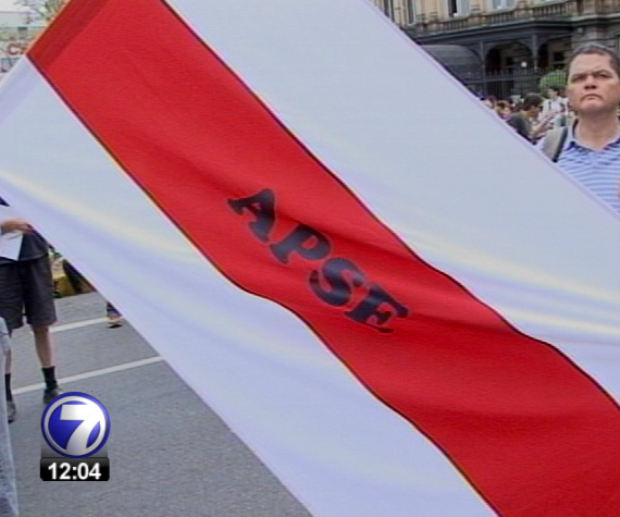 The country’s educators took to the streets this Monday morning, demanding payment of their wages. The peaceful protest began around 9am, when Avenida Segunda was closed off to all vehicular traffic.

By noon, the group of protestors that walked from La Merced park on the west side of the Avenida to the Ministerio de La Hacienda, began to disperse after.

Angie Menéses, spokesperson for the Policia de Tránsito, confirmed by the afternoon vehicular traffic on Avenida Segunda was back to normal.

Marvin Rodríguez, secretary of the Sindicato de Educadores Costarricenses, said that the teachers will back to protest tomorrow (Tuesday), making the same walk.

Meanwhile, outgoing Education Minister Leornardo Garnier, said that the question of teacher’s payments cannot be resolved before the next pay day cycle of May 14 and there is no way of expediting the process.

Garnier said he believes that every person  no getting their salary has every right to feel upset, but its not fair that the strikes continue and affect the new administration that takes office on May 8, because it is not their responsibility.