Employers MAY NOT Dock Drivers For Shortages. 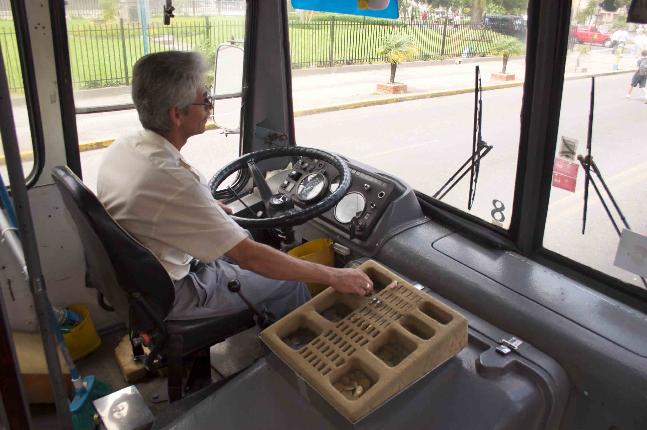 QCOSTARICA  – Anyone who has taken a bus around Costa Rica will know, have seen or experienced first hand the mistreatment of bus drivers when it comes to people boarding or exiting the bus and the collecting of the fare.

This is because drivers have been required to make up any shortfall between their collections and the automatic counters.

Over the years there have been doubts as to whether the practice of employers docking drivers. But that has been now cleared up.

The clarification came in the third edition of the Compendio de Criterios Jurídicos – Laborales de la Dirección Jurídica del Ministerio de Trabajo – issued by the Legal Department of the Ministry of Labour.

“The payroll deductions arising from cash shortages of bus fare collections are illegal and they do not constitute one of the possibilities offered by our legal system to guarantee the payment of a debt incurred by the employee against his employer,” says the clarification.

The subject has been bouncing around the Committee on Legal Affairs of the Legislative Assembly for months.

Urban buses in Costa Rica, such as the San José – Escazú for example, use electronic bars to count passengers getting on and off the bus, while drivers collect each fare.

Edgardo Araya, member of the legislative committee, said that the docking of wages based on the automatic marking of the electronic bars represents a violation of the constitutional right to wages.

“(…) The worker is made responsible for the economic risks that is inherent in the business,” said Araya.

Araya added that the clarification not only benefits the drivers but also the passengers.

According to the legislator, drivers are under stress of possibly having their wages docked is much more likely to mistreat people who stop in the middle of the bars, mostly the elderly and handicapped. “It is a circle of injustice (…),” said Araya.