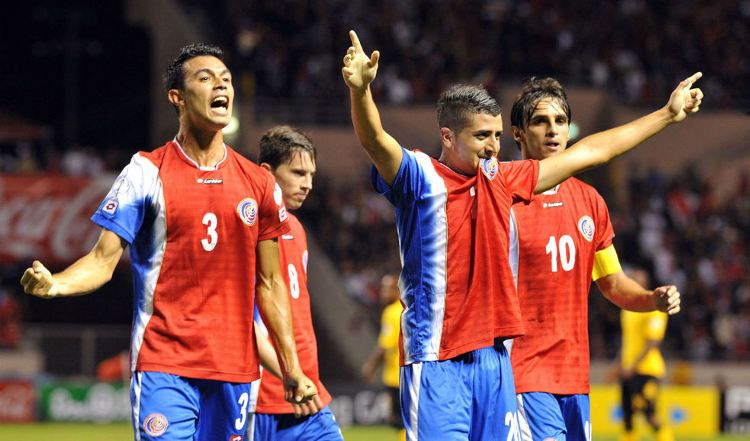 In an interesting article by The Guardian titled, “Italy, Uruguay and Costa Rica: what England have to fear at the World Cup“, the English express concern about their first round opponents in Brazil in June.

About Costa Rica, Leonardo Pandolfo had this to say: [quote]… Costa Rica’s attack will cause problems, whoever is playing in defence for Roy Hodgson. In Bryan Ruiz, Campbell, and Saborío they have players who can provide a spark to trouble the best teams in the world. [/quote]

According to Pandolfo, the Ticos have room for improvement.  “Costa Rica qualified for the World Cup mainly because of their parsimonious defence”, writes Pandolfo, explaining that in Wednesday’s game with Uruguay, the Costa Rican national team “looked solid”.

Of concern to the English is Joel Campbell, the Arsenal player on loan to the loan at Olympiakos – who had a very good game in San José and not just for the great goal he scored. The striker was dominating proceedings and shielded the ball impressively as his good technique made it almost impossible for the defender to take the ball off his feet.

And there is the coaching. The tactics of Colombian Jorge Luis Pinto applying his favourite formation – 5‑4‑1 – but when the team goes on the attack the basic formation shifts to a 3‑4‑3, because the defensive wingers join the midfield and the central striker gets support of two additional midfielders.

Overall the Ticos can do much more than the necessary. And that worries England as World Cup 2014 play nears and as teams  sharpen their skills.