Escazú A Fortress Ahead of Obama Arrival 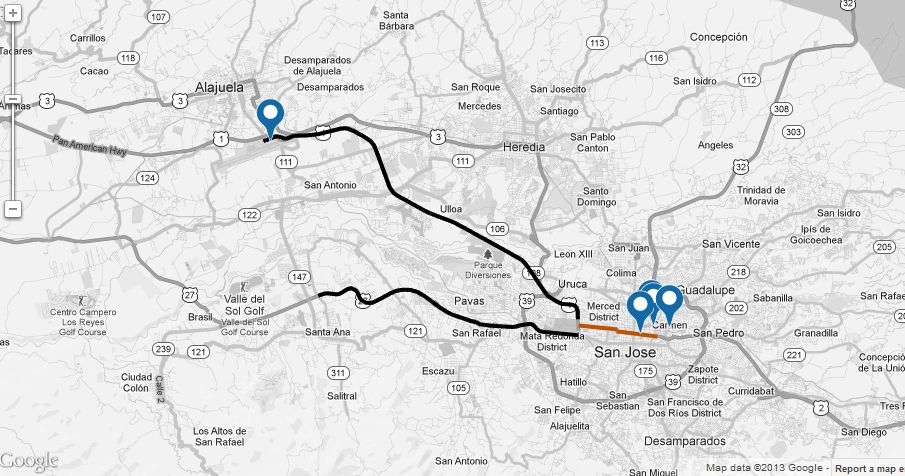 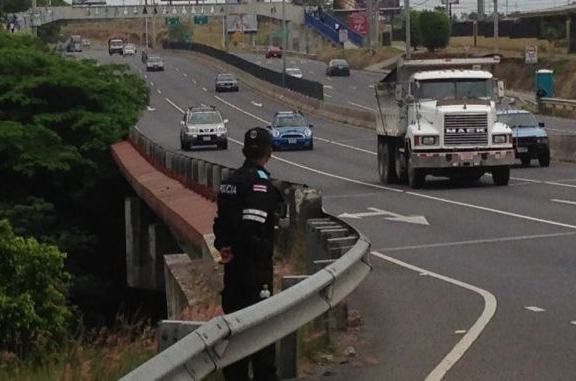 Under a security blanket never before seen, the usually casual and commercial area of Escazú, from La Sabana to Multiplaza, has become a kind of fortress with hundreds of police officers stationed every 100 metres.

This all for the arrival of U.S. president Barack Obama, who appears will be spending Friday at the Intercontinental hotel.

From La Sabana, along Ruta 27, police keep an eye on traffic and people. Two officers are posted at every bridge. Closer to the Intercontinental the crackdown intensifies, with a security seal of a radius of 200 metres.

Parked in the Intercontinental lot include police cars, motorcycles, ambulances. During the last couple of days the black SUV’s used by Secret Service and various “official” limousines.

Although security is being tight lipped as to where Obama will be staying, the Intercontinental is the favourite. The alternates are the Marriott and Hotel Cariari.

This morning the airspace over San José has been quiet. Since Tuesday night, three Black Hawk helicopters have been doing flyovers. Costa Rica’s security minister, Mario Zamora, explained the flyovers are to test the equipment and for the U.S. military personnel to get familiar with the area they are charged with covering.

In San José, Paseo Colon and Avenida Segunda have been closed since 6am this morning. The General Cañas and Ruta 27 (San José – Caldera) will see temporary closures. The most affected areas will be around Casa Amarilla (across from the INS building), the old Fercori (across from the Pacific train station) and the Teatro Nacional.

Many businesses in those areas have cut their hours today, some closing down completely. Some have sent emails to their customers of the closure.

QCOSTARICA - The party for 200 years of independent...
Reports